Volumes I and II, Second Edition

compiled by Steven A. Jacobson 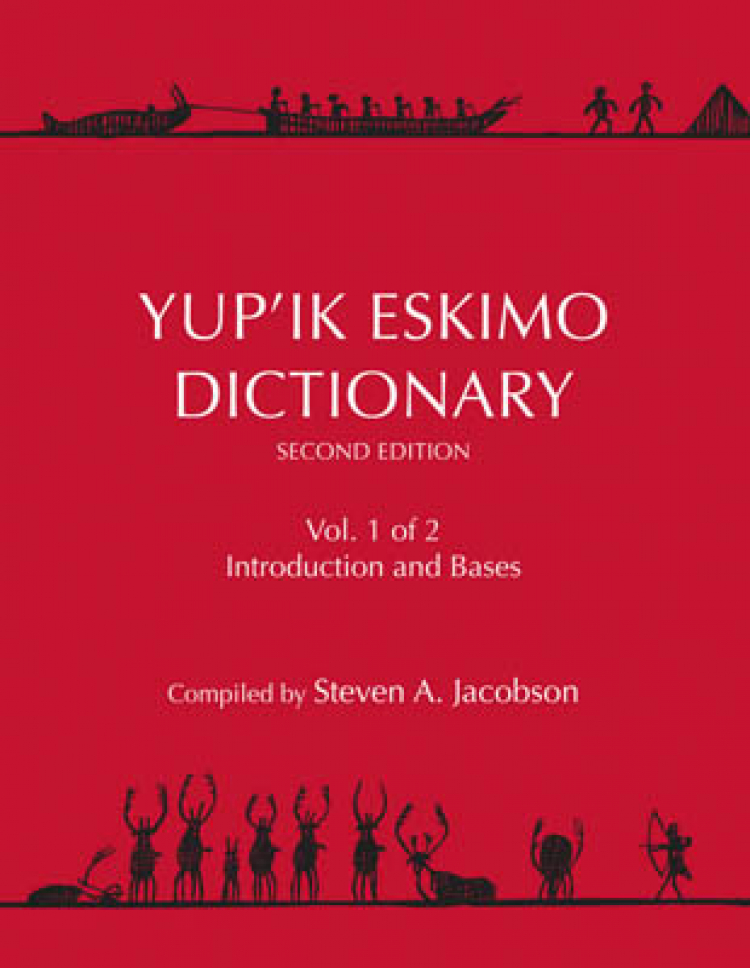 The most comprehensive Yup’ik dictionary in existence, the second edition of this important work now adds extensive research on Central Alaskan Yup’ik, enhancing the forty years of research done by Steven Jacobson on the Yup’ik language and dialects. Over these decades, Jacobson has combed through records of explorers, linguists, missionaries, and anyone who has come in contact with the actively migratory Yup’ik people. Combined with information from native Yup’ik speakers, this research has led to a richly detailed dictionary that covers the entire language and all its dialects. Beyond the entries, the dictionary also offers sections on Yup’ik spelling, early vocabulary, demonstrative words, and important intersections of Yup’ik language and the wider culture such as the kayak, dogsled, parka, and old-style dwellings.

Steven A. Jacobson is the author of many books on the Yup’ik language, including A Practical Grammar of the Central Alaskan Yup’ik Eskimo Language and the Yup’ik Dialect Atlas and Study, and he has contributed to others, including the Comparative Eskimo Dictionary.

Where the Echo Began

and Other Oral Traditions from Southwestern Alaska Recorded by Hans Himmelheber