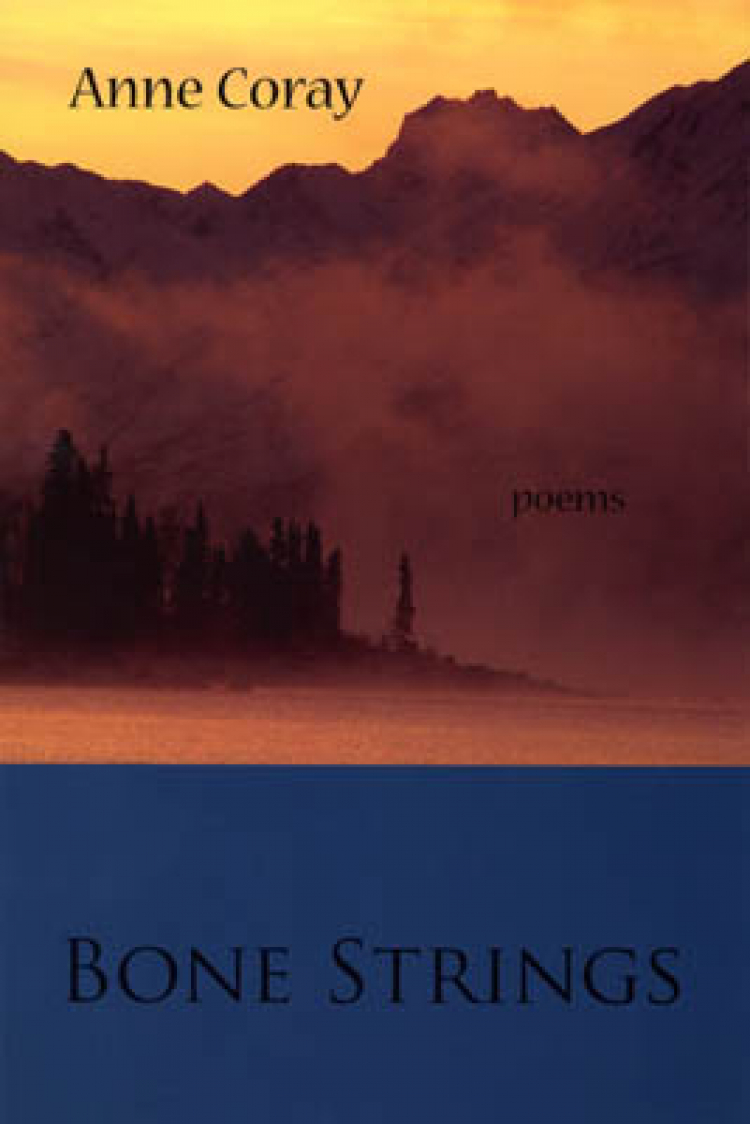 "Bone Strings contains some of the finest poems I have read by an Alaska poet in recent years. They are not the poems of a city visitor, but of a resident in the truest sense, one who can speak with a deep sense of place, of life lived and remembered in detail from day to day, season to season. The poems deserve many readers."
—John Haines

"Anne Coray's precise, austere yet sensuous language is a fine instrument for tracing the harsh geography of her native Alaska. Cool as the moon, her poems shine a clear light on unforgiving landscapes, and on tough truths of the heart. Bone Strings sings a hard-earned song."
—Stephen Kessler

"Surprisingly soon into Anne Coray's outstanding first poetry collection, Bone Strings, you can "relax" (the quotes guard against any impression that these might all be light or easy poems) in the knowledge that you are in the hands of a writer with an infectious confidence in what she says and how she says it, and so you are willing and then eager to get her take on things. From her vantage point in Alaska, where she was born and where she resides, this take is very close to nature."
—Martin Mitchell, Editor-in-Chief, Rattapallax

"Anne Coray's poems are deeply satisfying for their graceful combination of devotions, to the natural — animal/vegetable/mineral — and to the way nature resonates in us, the humans who live in a "sacred space." She is keenly observant, sensitive without swooning, and conveys both the loveliness and the brutality of her world in a complex and disciplined language."
—Rosellen Brown

Anne Coray is unapologetic in her attempts to bring the plight of the environment to the masses. Her medium allows her the help of language. But do not be mistaken, Coray’s poems are not easy. Bone Strings is a harrowing, magnificent and morbid examination of Alaska’s jeopardized wilderness.

Distributed for Scarlet Tanager Books by the University of Alaska Press

Anne Coray, the author of Bone Strings, lives at her birthplace on remote Qizhjeh Vena (Lake Clark) in southwest Alaska. Her poems have appeared in The Southern Review, Poetry, Seneca Review, Alaska Quarterly Review, and Rattapallax, among others. She has been a finalist with Carnegie Mellon, Water Press & Media, and Bright Hill Press, as well as for the Frances Locke Memorial Award and the Rita Dove Poetry Award. For several years she worked for the bilingual program in the Matanuska-Susitna Valley, north of Anchorage. She lives with her husband, Steve, and her dog, Zipper.