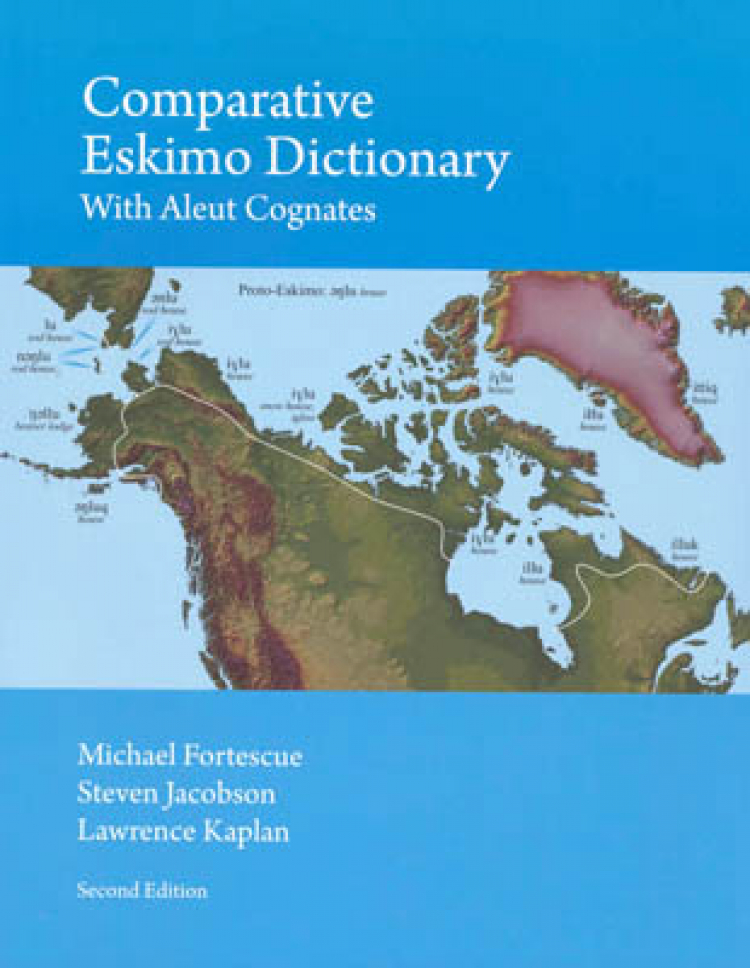 An updated and comprehensive reference to the Aleut-Eskimo languages spoken from the northeastern tip of Siberia all the way east to Greenland, this easy-to-use volume groups related words from the modern Eskimo languages in comparative sets with their English equivalents. In total, ten dialects are covered—including five Inuit dialect groups, four Yup'ik languages, and Sirenikski—with Aleut cognates provided when possible. Separate sections are devoted to a grammatical overview, including demonstratives, inflectional endings, and derivational suffixes. Indices with both standard Eskimo spellings and English glosses enhance the usefulness of this volume.

Michael Fortescue is a professor of linguistics at the University of Copenhagen in Denmark and the author of many books, including Language Relations Across the Bering Strait and From the Writings of the Greenlanders: Kalaallit Atuakklaannit.

Steven A. Jacobson is the author of many books on the Yup’ik language, including A Practical Grammar of the Central Alaskan Yup’ik Eskimo Language and the Yup’ik Dialect Atlas and Study, and he has contributed to others, including the Comparative Eskimo Dictionary.

Lawrence Kaplan is a professor of linguistics and director of the Alaska Native Language Center.

From the Writings of the Greenlanders

Volumes I and II, Second Edition