compiled and edited by Matt Gilbert 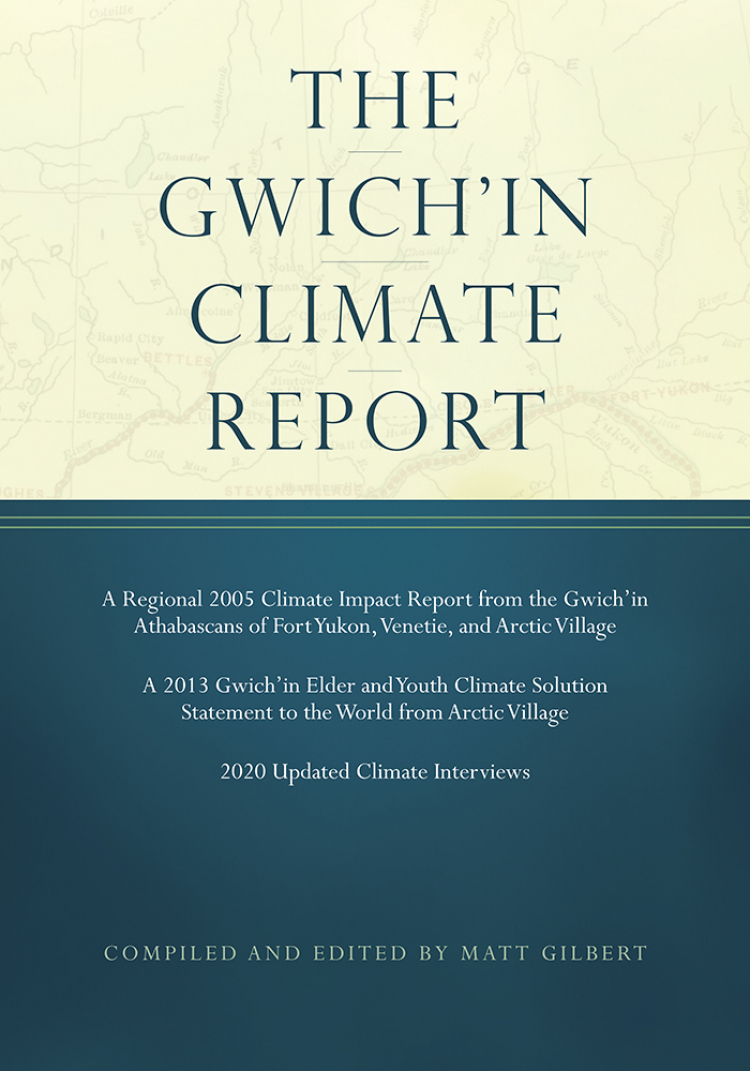 "Interior Alaska's environment is changing dramatically. This book captures these changes from a unique human perspective that instrumental measurements will never be able to provide."
—John E. Walsh, chief scientist at the University of Alaska Fairbanks International Arctic Research Center and recipient of the 2022 Mohn Prize for contributions to Arctic research

A regional climate impact and adaptation report from the Gwich'in Athabascans of Interior Alaska, The Gwich’in Climate Report is a compilation of transcribed interviews between Matt Gilbert and northern Alaska Gwich’in Athabascan community members, elders, hunters, and trappers. The book explores Gwich’in insight and wisdom about ecology, climate, and the drastic effects of climate change on their landscapes and culture.

These interview subjects are at a “ground zero” of climate change, and their voices are largely absent from popular research on and discussion of the topic. Their traditional knowledge of Arctic flora and fauna, forestation, landforms, meteorology, airstream behavior, and river hydrology makes a significant contribution to the documentation of climate change. In addition, Gilbert bridges the Gwich’in worldview and that of Western science by including factual substantiation and citations that corroborate key observations in the Gwich’in transcripts.

A text that matters for its cultural and historical significance—as well as its potential impact on the way science and policy are conducted in rural Alaska and on public lands—The Gwich’in Climate Report will be of interest to residents of and stakeholders in the communities it represents as well as researchers concerned with on-the-ground conditions of ecosystems and Indigenous peoples most directly affected by climate change.

Matt Gilbert is a professional writer and entrepreneur who has worked as a freelance writer and photographer for the Fairbanks Daily News-Miner and has been syndicated around the country. He is also the author of Sitting at Their Feet, published by Epicenter Press.