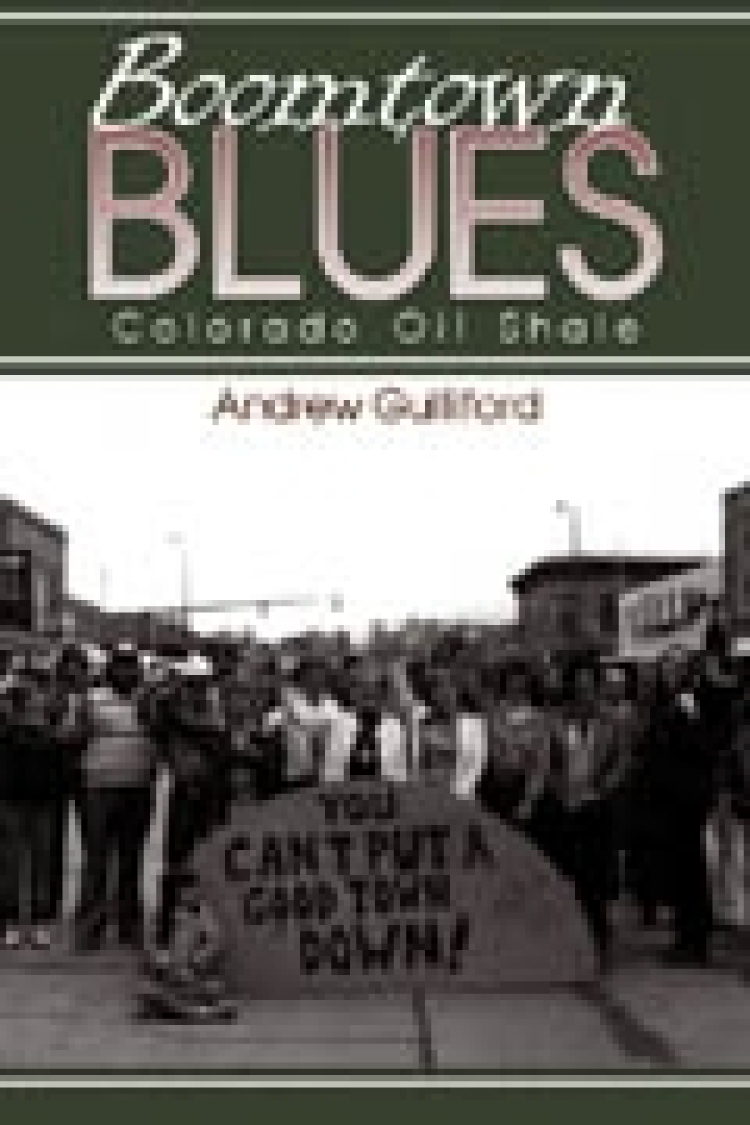 "Gulliford's scalpel exposes the myths and miscalculations that caused the leaders of this country to launch a synfuels fiasco a decade ago."
—Stewart Udall, former U.S. Secretary of the Interior

"An important contribution to the New Western History, Gulliford's full and compassionate portrait of the social consequences of corporate irresponsibility provides Westerners with a prime opportunity to wrestle with the lessons of history."
—Patricia Nelson Limerick, University of Colorado at Boulder

"The havoc that shale hysteria wreaked on the small towns that dot the expanses of Western Colorado is the subject of Boomtown Blues. . . Gulliford frames the tale as a morality play in which the villain's role is played by Exxon. . . [T]he book is more than colorful history. It is a warning we would do well to heed."
—Business Week

"As a social and human study, Boomtown Blues is brilliant."
—Journal of Popular Culture

"With a sensitivity for today and the historian's sure grasp of the past, Gulliford has produced a volume that marks a milestone in the story of western mining. . . . Boomtown Blues is an important book, one that is required reading for acquiring an understanding of the modern Rocky Mountain West and the problems the region faces."
—Pacific Historical Review

"Gulliford has interviewed widely, letting the people who lived through the boom tell their own story. Boomtown Blues lays out a panorama of how the shale oil frenzy ebbed and flowed over the course of a century."
—Christian Science Monitor

"This is a dramatic story, for it shows us how local residents and individuals attempt to cope in the face of national and international development pressures. Boomtown Blues is the first major work to treat the important psychological aspects of boom/bust economies associated with mineral exploitation. . . . [H]ighly recommended to those who have an interest in the impacts of international (or multinational) corporations and politics on regional/local culture."
—Journal of American Culture

First published in 1989, Boomtown Blues examines the remarkable 100-year history of oil shale development and chronicles the social, environmental, and financial havoc created by the industry's continual cycles of boom and bust.

In 1980, Exxon U.S.A., the world's largest corporation, began development of a five-billion-dollar oil shale industry in the pristine Colorado River Valley. Within eighteen months, Exxon had canceled its elaborate Colony project and 2,100 workers were immediately laid off. Boomtown Blues chronicles the social, environmental, and economic havoc created by one of the most expensive boom and bust cycles in the history of the American West. This 100-year historical account of the turbulent oil shale industry describes exploration and settlement in the Colorado River Valley as well as land ownership changes brought about since the first boom of 1915-1925.

Included are poignant personal interviews, a comprehensive bibliography, and a critical review of Exxon's infamous "white paper" on the future of synthetic fuels in the United States. This edition also includes a new afterword by the author.

Boomtown Blues is an important reference for historians, social scientists, environmentalists, policymakers, city planners, and all those who care about the fate of the American West.

Andrew Gulliford is professor of history and environmental studies at Fort Lewis College in Durango, Colorado. He has twice won the Colorado Book Award and the Arizona–New Mexico Book Award. He also received the National Individual Volunteer Award from the US Forest Service for wilderness education and a certificate of recognition from the Secretary of Agriculture for “outstanding contributions to America’s natural and cultural resources.” He is the author of America’s Country Schools, Sacred Objects and Sacred Places, and Boomtown Blues and editor of Preserving Western History and Outdoors in the Southwest: An Adventure Anthology.