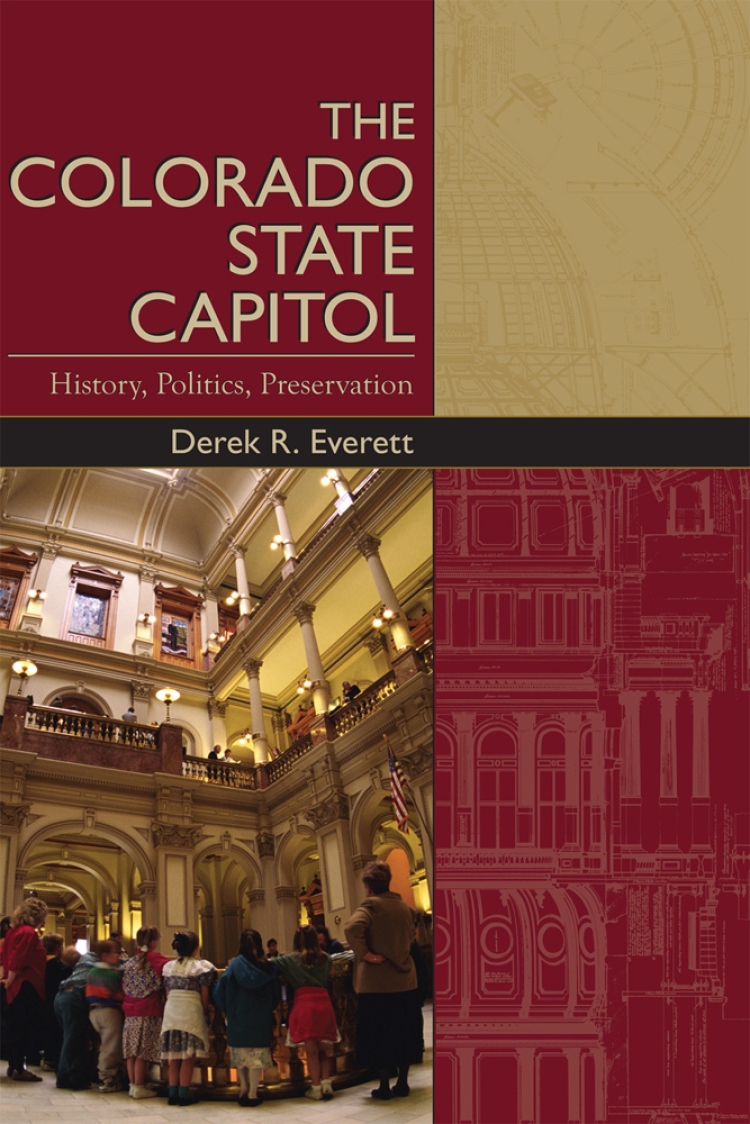 "Derek Everett captures the essence of the Colorado state capitol's history. As a Colorado native, former Capitol tour guide, and current doctoral student at the University of Arkansas, Everett brings his entire being to the study. . . . Expect to be engrossed."
—Journal of the West

"Everett's thorough research, his succinct and flowing chronology, and his obvious fondness for this building combine to make an informative and entertaining read."
—Western Historical Quarterly

"...Derek Everett...makes the case that the Capitol symbolizes Colorado in a way that nothing else can, and points out that just about every significant protest in state history occurred on the Capitol grounds. Furthermore, deceased leaders lie in state there; U.S. Presidents have spoken there; and of course, the legislature meets there, upstairs from the governor's office."
—Colorado Central Magazine

"The book is an outstanding piece of historical research and writing. The history of this key state building is in many ways a history of the whole state. The narrative covers many episodes of general interest, such as conflicts among early settlements, the colorful career of Henry Cordes Brown, the rise of the KKK, political and social impacts of the Progressive Era and Great Depression, numerous political high-jinks and scandals at top levels over time, and the consequences of the protest movements and terrorist threats of recent times."
—Charles T. Goodsell, author of The American Statehouse: Interpreting Democracy's Temples

As the representative building of the state, the Capitol has served as a silent witness to the evolving needs and interests of all Colorado citizens. The statehouse provided a proud testament for nineteenth-century Coloradoans who wanted to prove their state's potential through grand architecture and it represents "the heart of Colorado" to this day.

In one comprehensive volume historian Derek R. Everett traces the establishment, planning, construction, and history of Colorado's state capitol—including a discussion on the importance of restoring and preserving the building for current and future generations of Coloradoans.