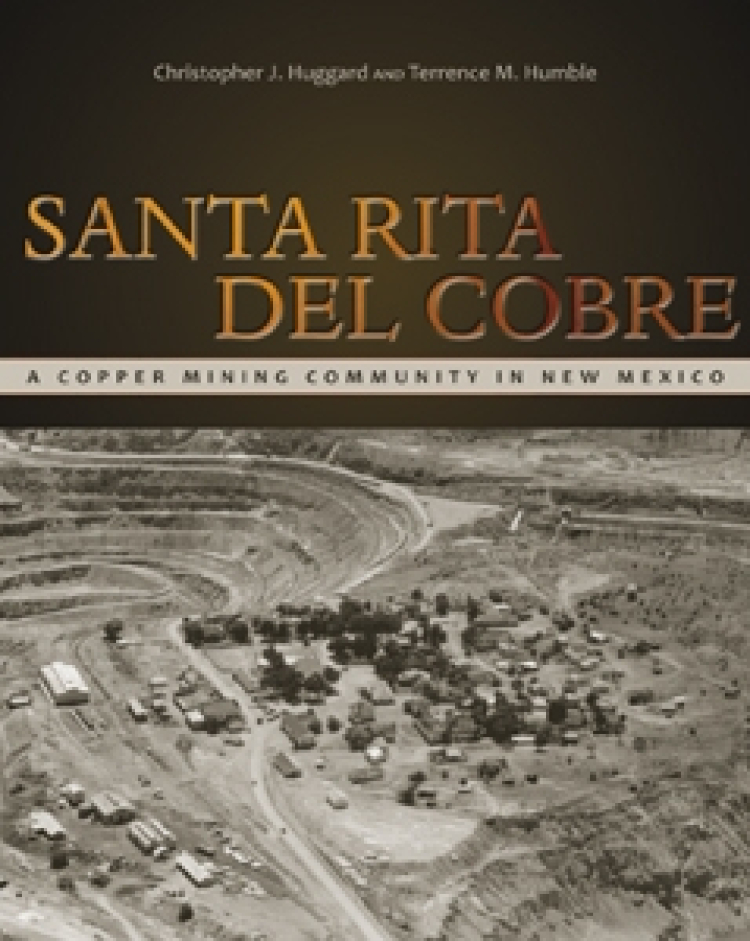 "Thorough, meticulously researched, well-balanced by subject matter, and artfully presented in a way that documents the complex linkages between geology, mining, labor, ethnicity, social life, management culture, and government policy at Santa Rita. . . . This study is a tour-de-force and destined to be a classic."
—Keith R. Long Mining History Journal

"More than a simple mining and industrial chronicle . . . this is an excellent story of the people and their community."
—Duane A. Smith, Fort Lewis College, New Mexico Historical Review

"Santa Rita Del Cobre is a fine portrait of a mining community, a book that will become a cornerstone for locals who wish to recall their lost town, and others who wish to study its history. There is much here for business, labor, and social historians."
—Erik Eklund, Enterprise & Society

The Spanish, Mexicans, and Americans, successively, mined copper for more than 200 years in Santa Rita, New Mexico. Starting in 1799 after an Apache man led the Spanish to the native copper deposits, miners at the site followed industry developments in the nineteenth century to create a network of underground mines. In the early twentieth century, these works became part of the Chino Copper Company's open-pit mining operations—operations that would overtake Santa Rita by 1970. In Santa Rita del Cobre, Huggard and Humble detail these developments with in-depth explanations of mining technology and describe the effects on and consequences for the workers, the community, and the natural environment. Originally known as El Cobre, the mining-military camp of Santa Rita del Cobre ultimately became the company town of Santa Rita, which after World War II evolved into an independent community. From the town's beginnings to its demise, its mixed-heritage inhabitants from Mexico and United States cultivated rich family, educational, religious, social, and labor traditions. Extensive archival photographs, many taken by officials of the Kennecott Copper Corporation, accompany the text, providing an important visual and historical record of a town swallowed up by the industry that created it.

Christopher J. Huggard is a professor of history at NorthWest Arkansas Community College. He is the author of Santa Rita del Cobre: A Copper Mining Community in New Mexico, which won the Howard Bryan Western History Award; the Clark C. Spence Award; and the Southwest Book Award, Forests under Fire: A Century of Ecosystem Mismanagement in the Southwest, and numerous journal articles on the history of mining in United States. His studies highlight environmental concerns in the past and how alternative approaches in managing natural resources and cleaning up pollution can benefit the health of the earth and its living creatures.

Terrence M. Humble was born in Santa Rita and retired from Chino Mines as a diesel mechanic and foreman in 2001. He has been recording histories, saving documents, and participating in local preservation of Santa Rita since 1967, publishing several journal articles on his hometown's history.