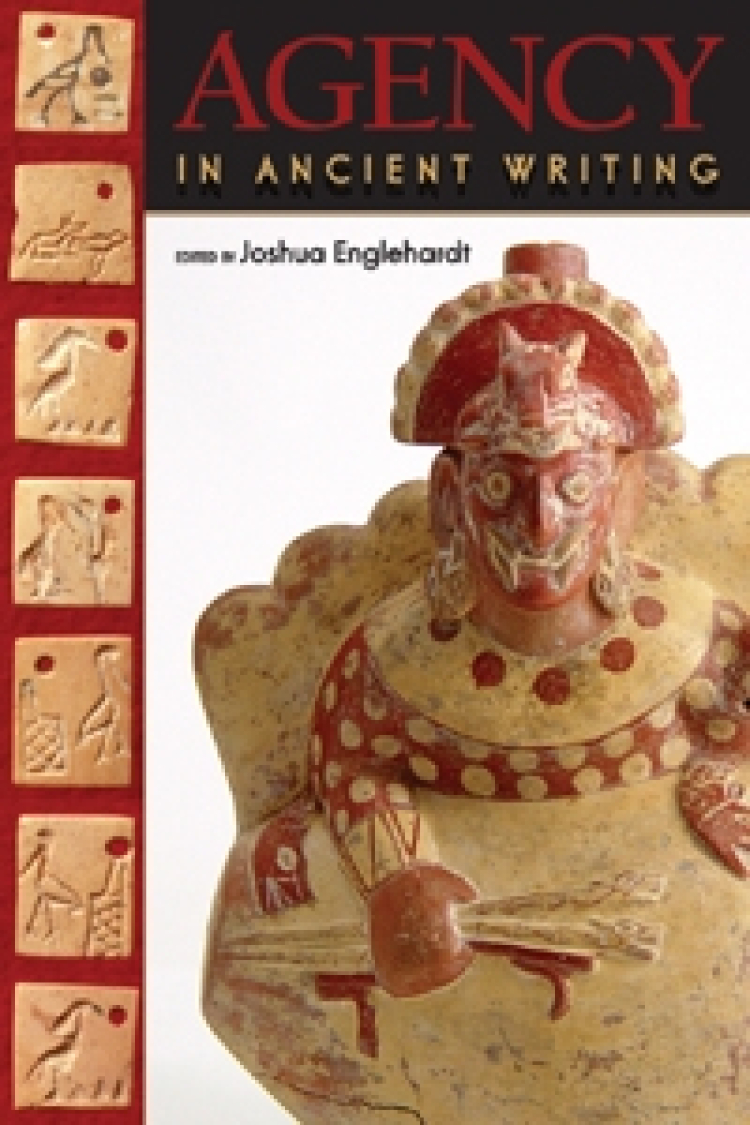 "Through the lens of agency, contributors successfully rethink the nature of ancient texts. In so doing they ably demonstrate that when a new theoretical orientation is applied to a taken-for-granted category of data it invigorates both the data and our understanding of the past."
—Marcia-Anne Dobres, University of Maine

"Agency in Ancient Writing. . . is not only a welcome application of the famous theory of agency and structuration to early writing systems, but it affords a surprising but crucial opportunity to reassess the theory itself and to rehabilitate it from some of its more individuaistic and voluntaristic excesses."
—Jack David Eller, Anthropology Review Database

Individual agents are frequently evident in early writing and notational systems, yet these systems have rarely been subjected to the concept of agency as it is traceable in archaeology. Agency in Ancient Writing addresses this oversight, allowing archaeologists to identify and discuss real, observable actors and actions in the archaeological record.

Embracing myriad ways in which agency can be interpreted, ancient writing systems from Mesoamerica, Mesopotamia, Egypt, Crete, China, and Greece are examined from a textual perspective as both archaeological objects and nascent historical documents. This allows for distinction among intentions, consequences, meanings, and motivations, increasing understanding and aiding interpretation of the subjectivity of social actors. Chapters focusing on acts of writing and public recitation overlap with those addressing the materiality of texts, interweaving archaeology, epigraphy, and the study of visual symbol systems.

Agency in Ancient Writing leads to a more thorough and meaningful discussion of agency as an archaeological concept and will be of interest to anyone interested in ancient texts, including archaeologists, historians, linguists, epigraphers, and art historians, as well as scholars studying agency and structuration theory.

Joshua D. Englehardt is profesor-investigador at the Centro de Estudios Arqueológicos of El Colegio de Michoacán, a CONACYT Level I National Investigator, and codirector of the Mesoamerican Corpus of Formative Period Art and Writing. He specializes in Mesoamerican archaeology and epigraphy, with a research focus on the development of Mesoamerican writing systems in the Formative period and the correlation of emerging scripts with diachronic changes in material culture. He is the editor of Agency in Ancient Writing and coeditor of These "Thin Partitions" and Interregional Interaction in Ancient Mesoamerica. Mirrors in the Mesoamerican Realm