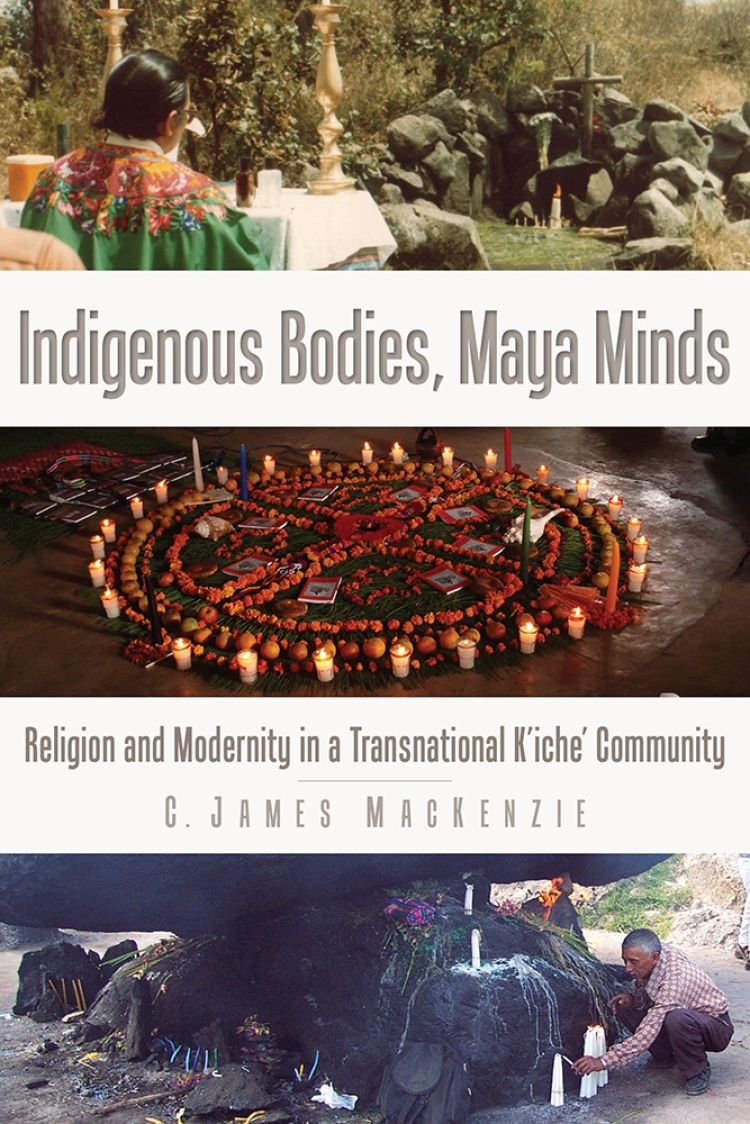 Copublished with the Institute for Mesoamerican Studies, University of Albany

“A moving and intellectually stimulating contribution to Mesoamerican studies, as well as a meaningful contribution for those interested in the nature of community in the continuing effort by scholars to come to terms with modernity. Scholars, students, and perhaps even some policy makers will find much of interest in the work, and it sets a comparative baseline for other studies in the region in a way that few works have done in recent years.”
—Mathews Samson, Davidson College

“Of critical, must-read importance to anyone seeking to understand the role of religion in the responses of traditional peoples and communities to globalization and modernity.”
—Garrett Cook, Baylor University

"Indigenous Bodies, Maya Minds stands at the confluence of several streams of contemporary anthropological interest, including religion, modernity, identity, and migration. The detailed account of a religious field​ . . . is an important contribution to anthropological knowledge and a valuable corrective to one-dimensional assumptions of 'secularization' or 'conversion.​'​"

"There is so much interesting material in each section of this book that I found myself wanting to read a separate study on each of the four religious choices in Xecul. Mackenzie’s book makes an excellent choice for seminars on the Maya, migration, religion, and anthropological theory and method. I enjoyed the book and recommend it highly."

“The depth and technical approach of this excellent book will make it of most interest to trained anthropologists and as a library resources for missiological institutions.”
—Missiology

Indigenous Bodies, Maya Minds examines tension and conflict over ethnic and religious identity in the K’iche’ Maya community of San Andrés Xecul in the Guatemalan Highlands and considers how religious and ethnic attachments are sustained and transformed through the transnational experiences of locals who have migrated to the United States.

Author C. James MacKenzie explores the relationship among four coexisting religious communities within Highland Maya villages in contemporary Guatemala—costumbre, traditionalist religion with a shamanic substrate; “Enthusiastic Christianity,” versions of Charismaticism and Pentecostalism; an “inculturated” and Mayanized version of Catholicism; and a purified and antisyncretic Maya Spirituality—with attention to the modern and nonmodern worldviews that sustain them. He introduces a sophisticated set of theories to interpret both traditional religion and its relationship to other contemporary religious options, analyzing the relation among these various worldviews in terms of the indigenization of modernity and the various ways modernity can be apprehended as an intellectual project or an embodied experience.

Indigenous Bodies, Maya Minds investigates the way an increasingly plural religious landscape intersects with ethnic and other identities. It will be of interest to Mesoamerican and Mayan ethnographers, as well as students and scholars of cultural anthropology, indigenous cultures, globalization, and religion.

C. James MacKenzie is associate professor in the Anthropology Department at the University of Lethbridge in Alberta. He has conducted research on religious, political, and economic change in San Andrés Xecul, Guatemala, since 1999. His work has been published in Anthropologica, Nova Religio, Anthropos, and Latin American and Caribbean Ethnic Studies, among others.