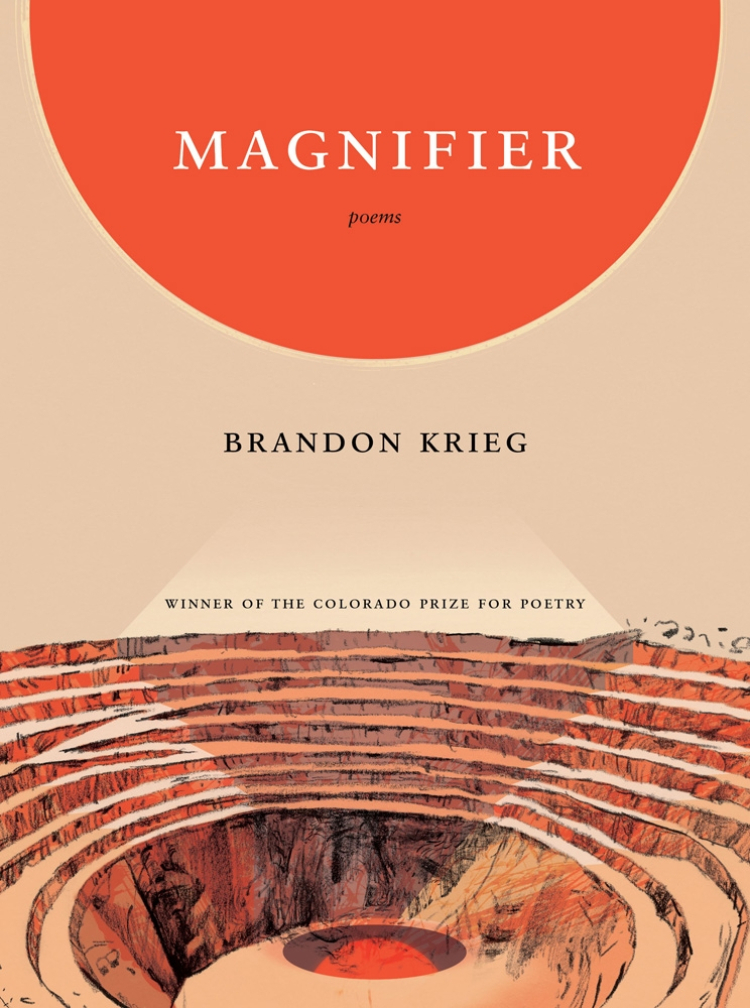 Published by The Center for Literary Publishing at Colorado State University

Winner of the 2019 Colorado Prize for Poetry

“Lakes must be counted among the sacred spaces of the world since they gather and pool and hold life-giving substance. These poems gather about them energy and breath, and they do so in striking ways. Krieg registers in minute shifts of sound, rhyme, and rhythm the natural and careful world. Subtle shifts of perception resound with profound impact. Practically nothing happens, and yet every moment in time and space swirls within. These are universal poems in the most local shapes. Count them among the finest literature in each simultaneous world.”
—Kazim Ali

"Krieg’s descriptive passages are stunning. . . . There is such a directness here, even amid such a lush and thick lyric, one that sways and sacheys alongside and including such a straight narrative thread. Krieg magnifies, explores and critiques landscapes and our own responsibilities to them; to those spaces, and to our own desctructive efforts. At times, there is even a dream-quality to Krieg’s lyrics, floating across the page even as he demands we pay better attention for what it is we are losing, and have already lost."
—Rob Mclennan's Blog

A magnifier praises what’s larger and a magnifier concentrates poisons. Brandon Krieg’s Magnifier is a book of spirits invoked by destroyers. It trains its gaze on the deep dependencies we are urged daily to hide from ourselves and interrogates the ways we insulate ourselves from the environmental and social degradations we perpetrate, often at many removes. Magnifier is a book of systems of our collective making that have taken on a life of their own, which we pretend to control. It is a book mourning Romanticism’s naiveté, even as it cannot help but engage in a search for meanings not commercial or ideological in the more-than-human world. And yet, the poems in Magnifier refuse to let slip from their focus the human everywhere, or to retreat into a mystifying “wilderness.” If a maple seed is to astonish, it must do so in the neighborhood of a reactor. Formally various, balanced on the edge of order and chaos, the poems in Magnifier cry out for “something more” from the “nothing but” even as they zero in on the damage we have done.

Brandon Krieg is the author of two previous collections of poetry, In the Gorge (Codhill Press, 2017) and Invasives (New Rivers Press, 2014). He teaches at Kutztown University and lives in Kutztown, Pennsylvania, with his wife, Colleen O'Brien, and their son.