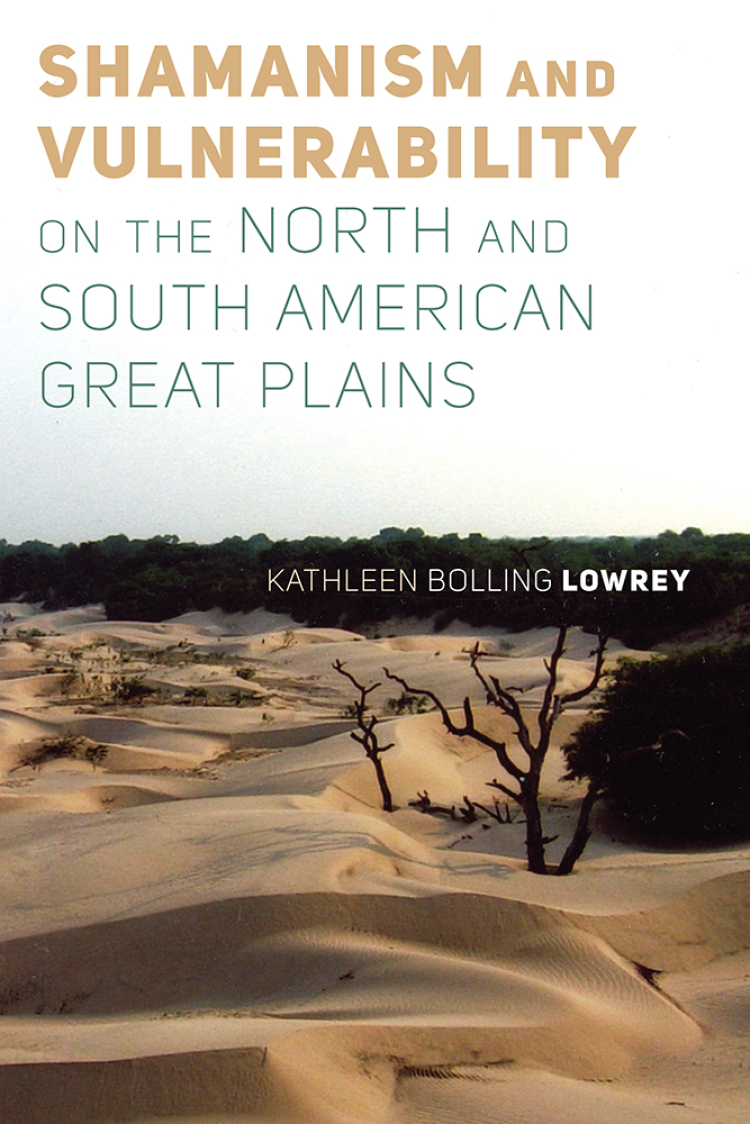 “A creative, brilliant, often witty and acerbic, and always unsettling rejoinder to a long history of colonial, settler, and white representation of Native peoples. . . . As a contribution to our thinking on a range of familiar topics—shamanism, indigenous resistance, settler colonialism, feminist thought, and disability—it offers critical insights that will appeal to scholars from many fields.”
—Bret Gustafson, Washington University in St. Louis

"The book is packed with keen insights. . . . commingled with ethnohistory and critiques of previous narratives."
—CHOICE

“A unique and important text that will both challenge and appeal to scholars of anthropology and religious studies as well as sociology, disability studies, and history.”
—Nova Religio

In Shamanism and Vulnerability on the North and South American Great Plains Kathleen Bolling Lowrey provides an innovative and expansive study of indigenous shamanism and the ways in which it has been misinterpreted and dismissed by white settlers, NGO workers, policymakers, government administrators, and historians and anthropologists. Employing a wide range of theory on masculinity, disability, dependence, domesticity, and popular children’s literature, Lowrey examines the parallels between the cultures and societies of the South American Gran Chaco and those of the North American Great Plains and outlines the kinds of relations that invite suspicion and scrutiny in divergent contexts in the Americas: power and autonomy in the case of Amerindian societies and weakness and dependence in the case of settler societies. She also demonstrates that, where stigmatized or repressed in practice, dependence and power manifest and intersect in unexpected ways in storytelling, fantasy, and myth.

The book reveals the various ways in which anthropologists, historians, folklorists, and other writers have often misrepresented indigenous shamanism and revitalization movements by unconsciously projecting ideologies and assumptions derived from modern ‘contract societies’ onto ethnographic and historical realities. Lowrey also provides alternative ways of understanding indigenous American communities and their long histories of interethnic relations with expanding colonial and national states in the Americas. A creative historical and ethnographical reevaluation of the last few decades of scholarship on shamanism, disability, and dependence, Shamanism and Vulnerability on the North and South American Great Plains will be of interest to scholars of North and South American anthropology, indigenous history, American studies, and feminism.

Kathleen Bolling Lowrey is associate professor of anthropology at the University of Alberta. Since 1997 she has carried out ethnographic fieldwork in the South American Gran Chaco region in Bolivia and Paraguay.