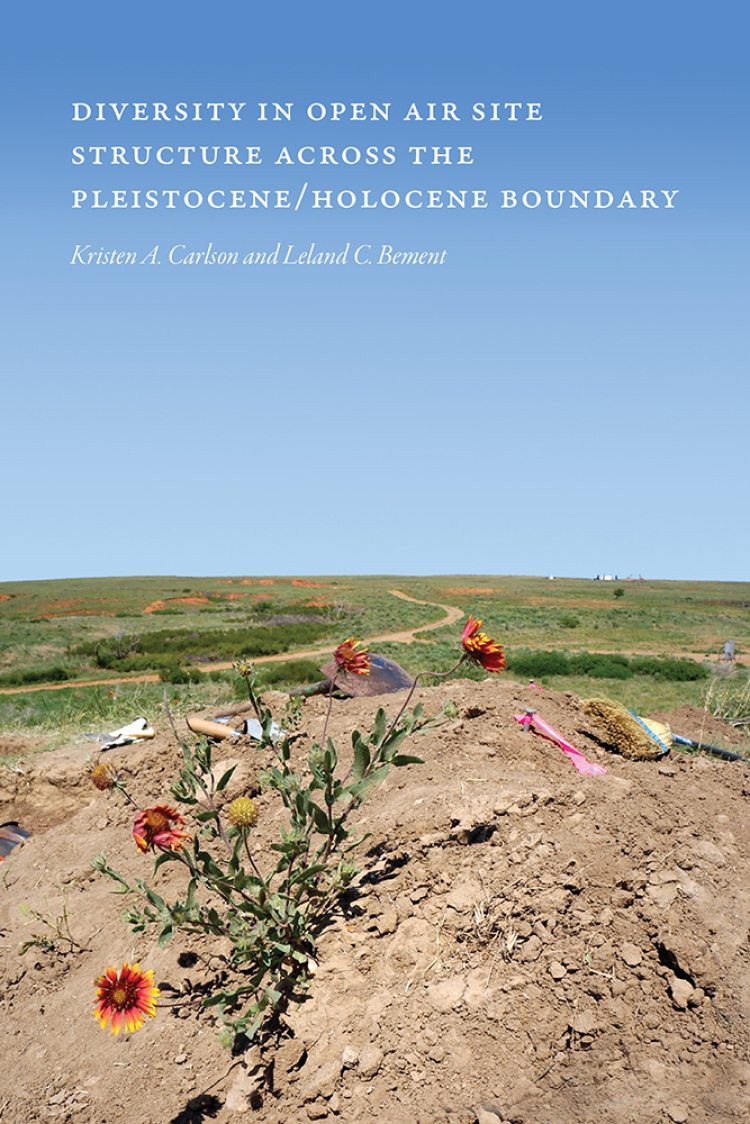 “Scholars of hunter-gatherer societies that existed in deep time will find the case studies in this volume instructive and compelling. These researchers take on some of the most challenging types of sites and show how, with nuanced methods, such work can broaden our understanding of the ancient past.”
—Victor Thompson, University of Georgia

Archaeological research on the late Pleistocene and early Holocene periods has tended to focus on rock shelters, caves, large game kills, and occasionally butchery sites. Diversity in Open-Air Site Structure across the Pleistocene/Holocene Boundary examines a diverse range of open-air sites—bounded both naturally and culturally—in Siberia and Germany and throughout North America.

Open-air sites are difficult for researchers to locate and, because of depositional processes, often more difficult to interpret; they contain many superimposed events but often show evidence of only the most recent. Working to overcome the limitations of data and poor preservation, using decades of prior research and new analytical tools, and diverging from a one-size-fits-all mode of interpretation, the contributors to this volume offer fresh insight into the formation and taphonomy of open-air sites.

Kristen A. Carlson is associate professor in the Anthropology Department at Augustana University. Her research focuses on paleoenvironmental reconstruction through the use of stable isotopes and trace elements, predominantly with Paleoindian bison kills in North America. She has studied bison herd manipulation and drive-lane construction for bison jumps using GIS analysis and worked for the National Park Service, where she studied and preserved prehistoric Southwestern Pueblo sites. Carlson is coeditor of The Archaeology of Large-Scale Manipulation of Prey and Diversity in Open-Air Site Structure across the Pleistocene/Holocene Boundary.

Leland C. Bement is an archeologist with the Oklahoma Archeological Survey at the University of Oklahoma, Norman. He has forty years of experience in the prehistoric archaeology of the southern plains of North America and has worked extensively on Paleoindian and Archaic sites in Texas and Oklahoma. He is coeditor of The Archaeology of Large-Scale Manipulation of Prey and Diversity in Open-Air Site Structure across the Pleistocene/Holocene Boundary, and the author of Hunter-Gatherer Mortuary Practices during the Central Texas Archaic and Bison Hunting at Cooper Site.

Sustainability and Water Management in the Maya World and Beyond

Night and Darkness in Ancient Mesoamerica

Global Perspectives on Landscapes of Warfare