Your Place in the Multiverse 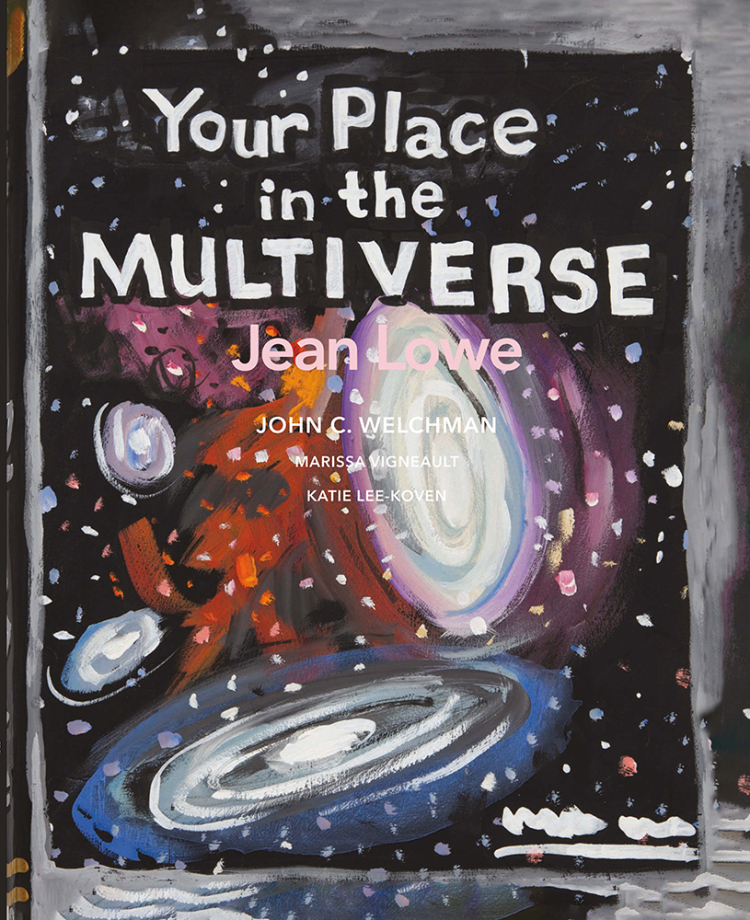 Published by the Nora Eccles Harrison Museum of Art

American artist Jean Lowe’s work revolves around the intersection of art history, popular culture, environmentalism, commerce, and politics. Your Place in the Multiverse: Jean Lowe is a survey of her work drawn from the past seventeen years featuring many of her most important installations. Lowe employs wit and satire to create work that is both entertaining and seductive as well as intellectually provocative. Lowe is an American pop/conceptual multimedia artist whose work carefully and humorously unpacks the ironies and challenges of our 21st century culture. This will be the first museum exhibition of Lowe’s work since 2000 and the first publication on her work to include scholarly essays by two art historians.

Dating from 2003-2020, the exhibition consists of fourteen separate installations: Empire Style, 2003; Dr’s Notes, 2004; Baby Grand, 2005; Love for Sale and Look 20 Years Younger, 2008-11; Discount Barn, 2008-2020; Bookshelf Prints, 2013;  Last Call, 2013-20; Posters and Pallet, 2014; Last Call, 2017-21, Forgotten Corner, 2019; Garden Carpet, 2019; Art and About with Bill Mackelry, 2019-2020, Town Crier (Self-Portrait as Analog), 2020, and POW!, 2021. Lowe’s installations are primarily comprised of unpretentious media such as papier-mâché and paint, which are coupled with a sophisticated and literary use of language, and a loose painterly style. Room-sized and incorporating artist made furniture, rugs, and even pianos, these beautifully-staged installations are often overwhelming, playing both on sensory overload and the irony of abundance as presented daily in our consumer culture. Through her work Lowe references European art, especially German Baroque and French Empire style, for their exceptionally ornamental and theatrical style. By conflating the French Empire style with the stylistics of American consumer culture, and big box store marketing, Lowe offers up a striking, thoughtful and revealing comparison of cultural contexts.

POW! (2020) and Art and About with Bill Mackelry (2019-2020), shown for the first time in this exhibition, look at the imbalance of male to female power in the art-world. Art and About with Bill Mackelry is a video piece in which Lowe stars as a mock male interviewer named Bill Mackelry, who interviews the artist Jean Lowe on a visual arts talk show. The installation POW! will be filled with ersatz portraits of women as fierce, crazy hags by painters such as Picasso, Willem De Kooning, and Frances Bacon painted directly on the wall.

Your Place in the Multiverse: Jean Lowe is organized by Executive Director and Chief Curator Katie Lee-Koven for the Nora Eccles Harrison Museum of Art. This fully illustrated accompanying publication, of the same title, will be the first to include art historical essays with in-depth analysis of Lowe’s work written by USU Art History Assistant Professor Marissa Vigneault and John C. Welchman, professor of Art History and Critical Studies at the University of California, San Diego. Its Founding Members; An Illustrated History