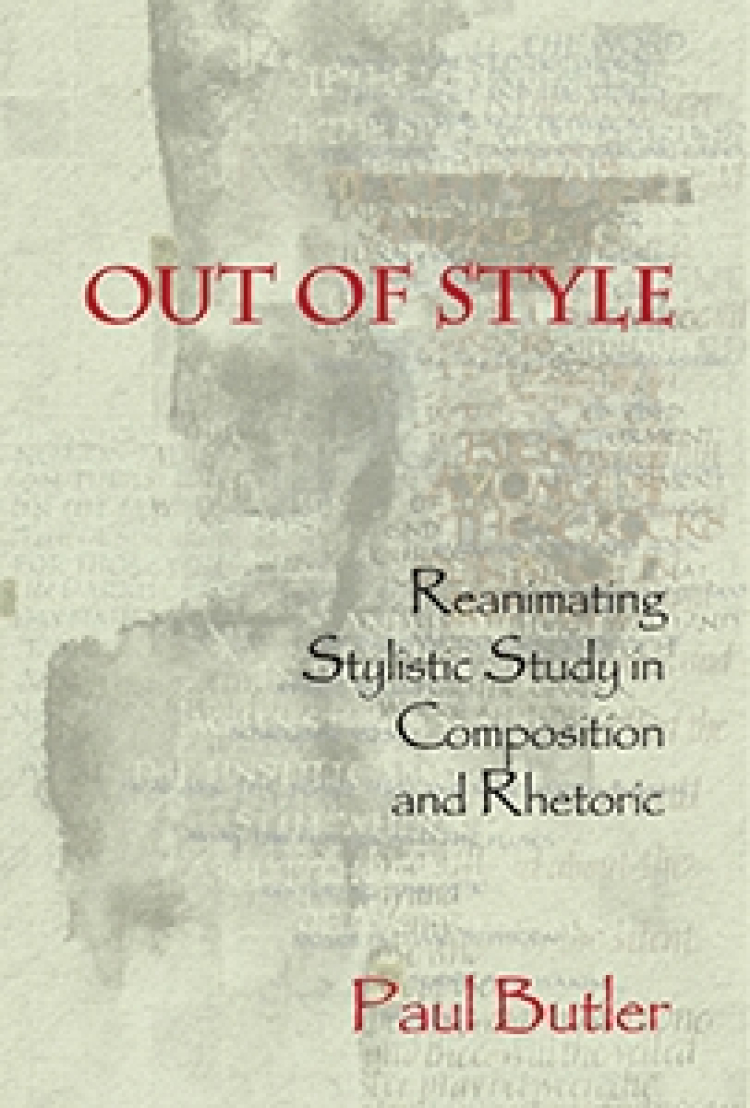 "Butler's genius in the [fifth] chapter lies in his conceptualization of causes: why compositionists do not speak for writing or get heard in public. . . . Paul Butler's Out of Style does not endorse conventional wisdom. Instead, Butler offers us the more interesting claim that 'style is not the product-based residue of current-traditional rhetoric that many say it is [. . .],' but rather is a dynamic feature of the very process movement the field considers crucial to its disciplinary identity."
—College English

"[Butler] argues that a reanimation of style would not only help form better writing, but would also reanimate invention. And in the process he reinvigorates a history that is dynamic, a Golden Age of Comp. . . . A consciousness of style, of learning about, developing an affinity for, and teaching style will give us a way to counter public arguments against what we do, for we are constantly criticized. . . . This is a call for us to be stylin in public discourse."
—College Composition and Communication

"By reclaiming stylistic study and clearly articulating its value to audiences both within and outside the field, we will not only help writers; we will also construct our own greater voice in the dialogues and debates in which we are most implicated and invested."
—Composition Studies

"By offering a strategic counter reading of our discipline's history, Out of Style undertakes a much needed rehabilitation of style for scholars and teachers in rhetoric and composition. What's especially promising here is Butler's closing argument—namely, that through style, scholars in our field can find a needed entry into public discussions about writing and can influence how our work gets represented in public discourses."
—Frank Farmer, Conger-Gabel Professor of English, University of Kansas

Paul Butler applauds the emerging interest in the study of style among compositionists, arguing that the loss of stylistics from composition in recent decades left it alive only in the popular imagination as a set of grammar conventions. Butler's goal in Out of Style is to articulate style as a vital and productive source of invention, and to redefine its importance for current research, theory, and pedagogy. In so doing, he offers an important revisionist history of the field by reading it specifically through the canon of style.

In addition, Butler argues that it is through style that scholars in the field can find a needed entry into public discussions about writing. Scholars in composition know that the ideas about writing most common in the discourse of public intellectuals are egregiously backward. Without a vital approach to stylistics, Butler argues, writing studies will never dislodge the controlling fantasies of self-authorized pundits in the nation's intellectual press. Composition must answer with a public discourse that is responsive to readers' ongoing interest in style but is also grounded in composition theory.

Paul Butler is associate professor in the Department of English at the University of Houston and is recognized as an expert on the study of style in rhetoric and composition. He is author of The Writer's Style, Out of Style and Style in Rhetoric and Composition. His recent scholarship focuses on the intersection of style, the public sphere, multimodal composition, and the digital humanities. 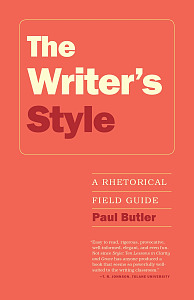