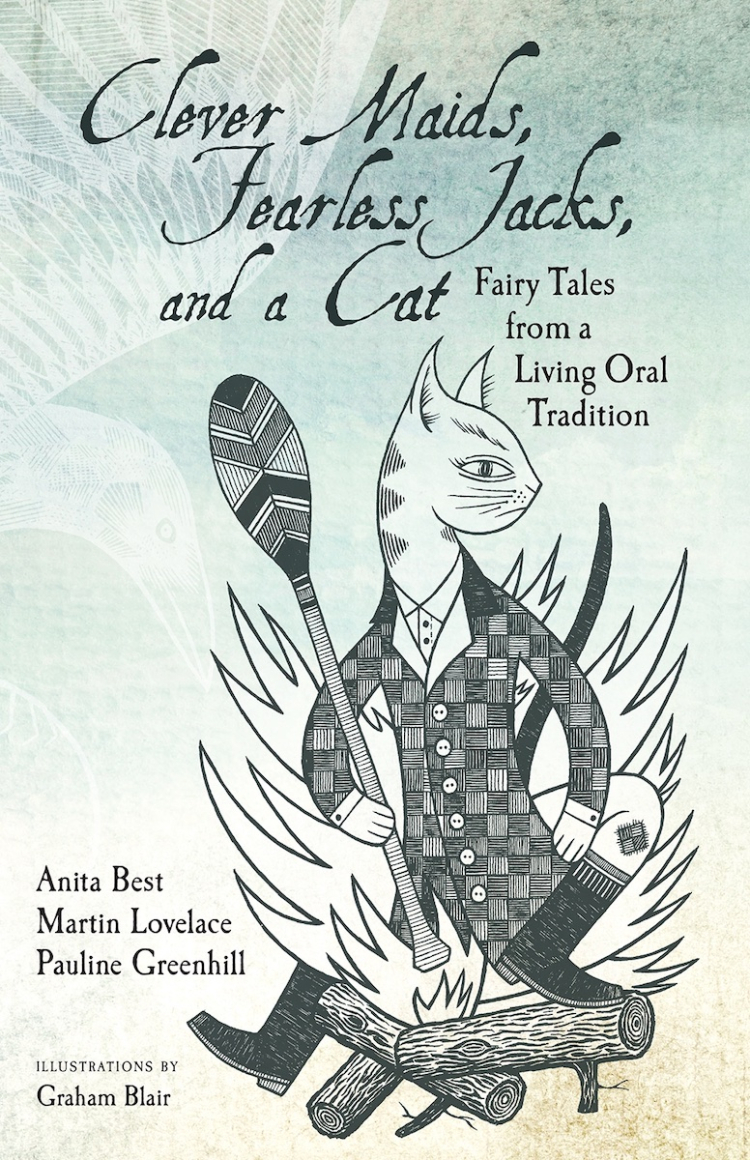 "These tales show that, the more a teller tells it, the richer a story becomes, smoothed by the shaping of each word, coated in the patina of retelling, created from a lifetime of memory and experience and protected with-in the teller as a pearl within the oyster. And these particular story pearls from tellers past are now given to us."
—Fortean Times

"This groundbreaking book not only adds substantially to knowledge of stories and storytelling in Newfoundland and Labrador but also makes an important contribution to the canon of traditional narratives in the English-speaking world."
—Tradition Today

"Clever Maids, Fearless Jacks, and a Cat represents a superb opportunity to delve into a complex and very engaging example of the ethnopoetic method in action."
—Folklore

Clever Maids, Fearless Jacks, and a Cat showcases the stories of two Newfoundland storytellers, Philip Pius Power and Alice Lannon. Ethnopoetic transcriptions of these sensitive and artful tales, which have been passed on orally for generations as part of a community tradition, give accounts of living oral performances from the last quarter of the twentieth century and demonstrate the artistry that is possible without the written word.

Here, eight tales from Power and five tales from Lannon take up issues of vital concern—such as spousal abuse, bullying, and social and generational conflict—allusively, through a screen of fiction. In commentary following the stories Anita Best, Martin Lovelace, and Pauline Greenhill discuss the transmission of fairy tales in oral tradition, address the relation of these magic tales to Lannon’s and Power’s other stories, and share specifics about Newfoundland storytelling and the two tellers themselves. The text is further enriched by expressive illustrations from artist Graham Blair.

Clever Maids, Fearless Jacks, and a Cat presents the fairy-tale oeuvres of two superb storytellers as a contribution to interdisciplinary fairy-tale studies and folklore—countering fairy-tale studies’ focus on written traditions and printed texts—as well as to gender studies, cultural studies, Newfoundland studies, and Canadian studies. Students, scholars, and general readers interested in folk and fairy tales, contemporary Märchen, Newfoundland folklore, or oral tradition more generally will find much of value in these pages.

Support for this publication was provided, in part, by the University of Winnipeg.

Anita Best is a traditional singer and storyteller working primarily with Newfoundland songs and stories. She also works as a broadcaster and folklorist. Anita has received several honors, including the Marius Barbeau Medal from the Folklore Studies Association of Canada and an honorary doctorate from Memorial University. She was named to the Order of Canada in 2011.

Martin Lovelace was associate professor in the Department of Folklore at Memorial University, where he taught from 1980 until his retirement in 2016. He has published a number of essays on ballads and folktales in edited collections and folklore journals.

Pauline Greenhill is professor of women’s and gender studies at the University of Winnipeg in Manitoba, Canada. She is the author or coeditor of numerous books including Clever Maids, Fearless Jacks, and a Cat, Make the Night Hideous, Unsettling Assumptions, and The Routledge Companion to Media and Fairy-Tale Culture. Her work has appeared in Signs, Marvels & Tales, Resources for Feminist Research, Journal of American Folklore, Canadian Journal of Women and the Law, and Parallax, among others.