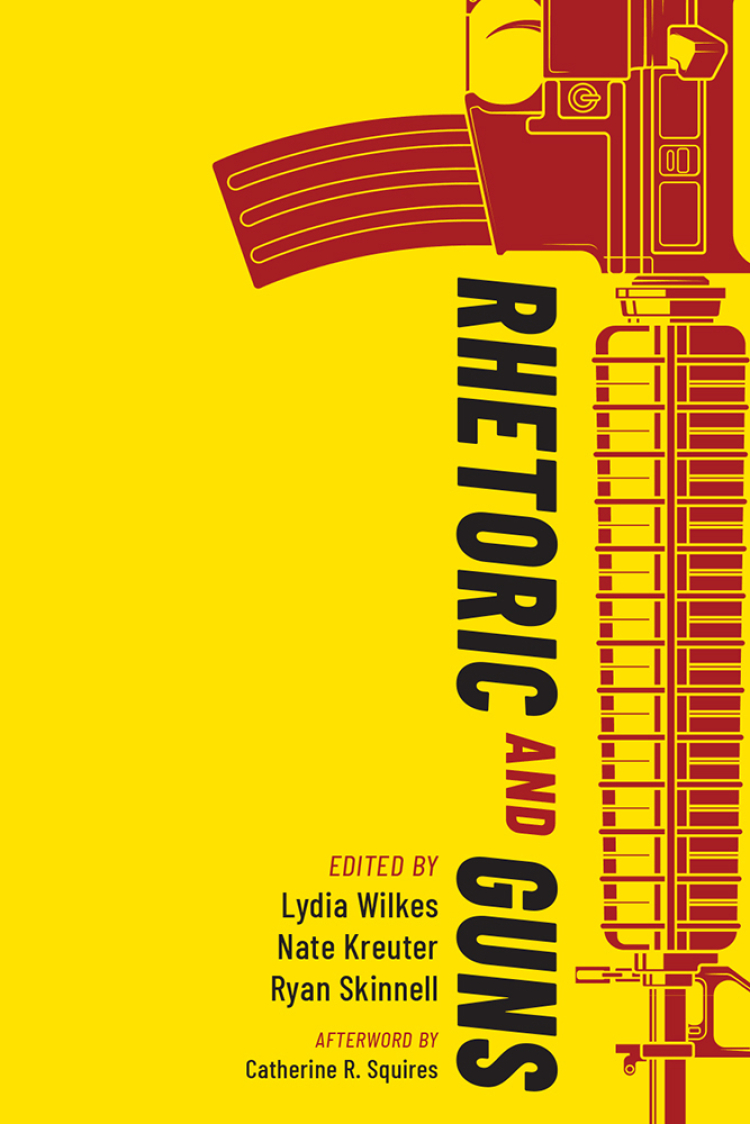 “Rhetoric and Guns illustrates the complexity of the gun debate, and many of the chapters gesture toward ways in which this debate could become more productive, ideally leading to less violence.”
—Megan Eatman, Clemson University

Guns hold a complex place in American culture. Over 30,000 Americans die each year from gun violence, and guns are intimately connected to issues of public health, as is evident whenever a mass shooting occurs. But guns also play an important role in many Americans’ lives that is not reducible to violence and death—as tools, sporting equipment, and identity markers. They are also central to debates about constitutional rights, as seen in ongoing discussions about the Second Amendment, and they are a continuous source of legislative concern, as apparent in annual ratings of gun-supporting legislators.

Even as guns are wrapped up with other crucial areas of concern, they are also fundamentally a rhetorical concern. Guns and gun violence occupy a unique rhetorical space in the United States, one characterized by silent majorities, like most gun owners; vocal minorities, like the firearm industry and gun lobby; and a stalemate that fails to stem the flood of the dead. How Americans talk, deliberate, and fight about guns is vital to how guns are marketed, used, and regulated. A better understanding of the rhetorics of guns and gun violence can help Americans make better arguments about them in the world. However, where guns are concerned, rhetorical studies is not terribly different from American culture more generally. Guns are ever-present and exercise powerful effects, but they are commonly talked about in oblique, unsystematic ways.

Rhetoric and Guns advances more direct, systematic engagement in the field and beyond by analyzing rhetoric about guns, guns in rhetoric, and guns as rhetoric, particularly as they relate to specific instances of guns in culture. The authors attempt to understand rhetoric’s relationship to guns by analyzing rhetoric about guns and the ways they function both in and as rhetoric related to specific instances—in media coverage, political speech, marketing, and advertising. Original chapters from scholars in rhetorical studies, communication, education, and related fields elucidate how rhetoric is used to maintain and challenge the deadly status quo of gun violence in the United States and extend rhetoricians’ sustained interest in the fields’ relationships to violence, brutality, and atrocity.

Lydia Wilkes is assistant professor of English at Auburn University. She studies intersections of rhetoric, violence, and writing in public discursive and material spaces. As a gun-owning hunter, she supports firearms regulation as a matter of public health and safety.

Nate Kreuter is associate professor of English and director of first-year writing at the University of Georgia. He has written a variety of articles on rhetoric in the US intelligence community and the rhetorical canon of style. He is a gun-owning hunter and fisherman who believes that the rights afforded by the Second Amendment and sensible firearms regulation can be balanced.

Ryan Skinnell is associate professor of rhetoric and writing at San José State University. He has written or edited six books, including Reinventing (with) Theory in Rhetoric and Writing Studies: Essays in Honor of Sharon Crowley, Conceding Composition: A Crooked History of Composition’s Institutional Fortunes and Faking the News: What Rhetoric Can Teach Us about Donald J. Trump. He has published multiple essays in journals and edited collections, and in 2021 he was named “Rhetorician of the Year” by the Young Rhetoricians’ Conference. Demystifying the Professoriate for Graduate Students in Composition and Rhetoric