George Phebus took an interest in the sketches, but attempts to research their origin resulted in meager historical and geographical data. Phebus concluded that the art was a product of various students in public and private schools in northwestern Alaska during the 1890s and observes, "Their greatest value lies in their providing us with a pictorial record of Alaskan Eskimo life as depicted by native artists just prior to the drastic changes of the 20th century." 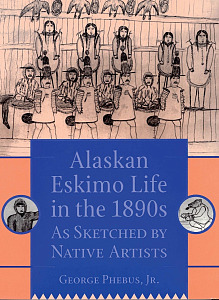