by Jacqueline Vaughn and Hanna Cortner 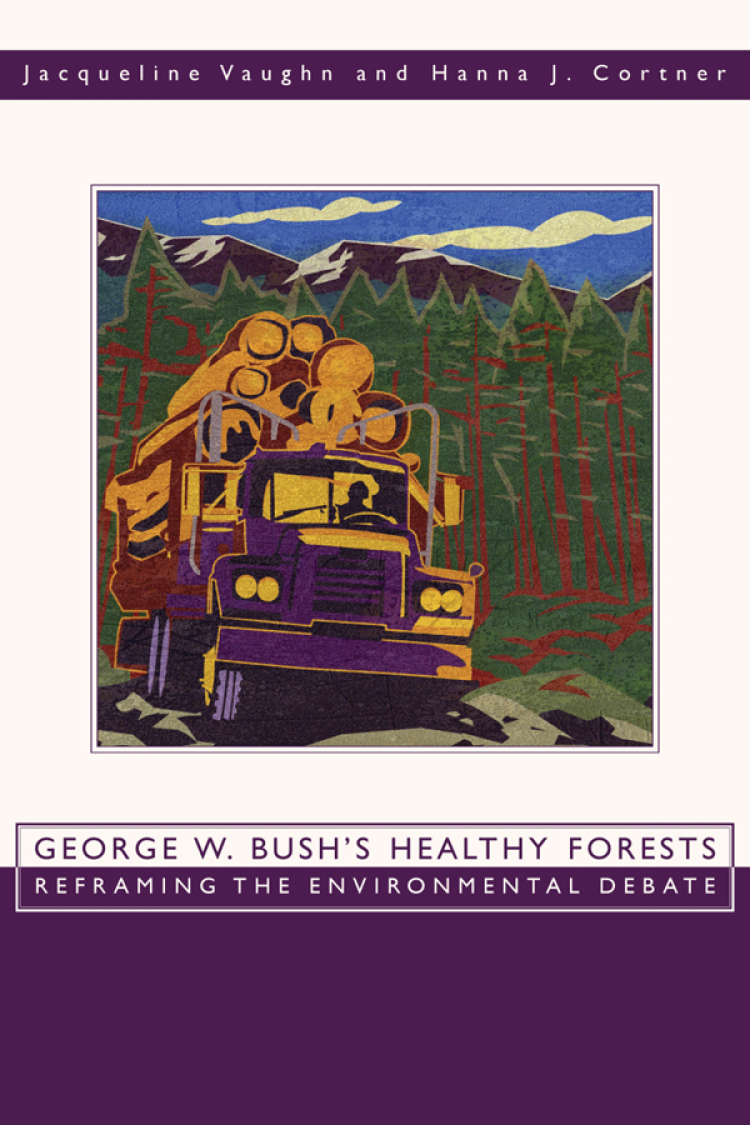 "George W. Bush's Healthy Forests reads like a textbook for political activists, arguing that the most important part of any political strategy is to craft a simple, persuasive message that demonizes opponents while it points to your preferred policy as the only solution to major problems. Vaugn and Cortner note that, having won this battle over forest policy, congressional Republicans have attempted to use the same strategy of blaming environmentalists to promote their agendas on grazing, mining, and other issues."
—Forest Magazine

"Cortner's appeals database offers a reality check to the notion that appeals are misused and have contributed to 'analysis paralysis.'"
—Forest Magazine (separate article)

"Vaughn and Cortner argue that the weakening of environmental laws was by design, not a byproduct of budget cuts. . . . The authors argue that the Bush administration succeeded because it cast environmentalists as 'nuts' and 'extremists,' in spite of the fact that many environmental groups have long supported thinning of small trees around communities at the wildland-urban interface."
—High Country News

In George W. Bush's Healthy Forests, Jacqueline Vaughn and Hanna Cortner detail how the Bush administration, by changing the terms and processes of debate, sidestepped opposition and put in place policies that restrict public and scientific involvement in environmental decisions. Their groundbreaking study analyzes the context and legal effects of the Healthy Forests Initiative, Healthy Forests Restoration Act, and related regulatory changes.

The authors show how the administration used news events such as wildfires to propel legislation through Congress. Focusing blame for wildfires on legal obstacles and environmentalists' use of appeals to challenge fuel-reduction projects, the administration restricted opportunities for environmental analysis, administrative appeals, and litigation. The authors argue that these tools have a history of use by diverse interests and have long protected Americans' right to question government decisions.

This readable study identifies the players, events, and strategies that expedited the policy shift and contextualizes it in the president's career and in legislative and administrative history. Revealing a policy change with major implications for the future of public lands and public process, George W. Bush's Healthy Forests will become required reading in environmental studies and political science.

Jacqueline Vaughn is a professor of political science at Northern
Arizona University and author of several books on environmental
issues, including Environmental Politics and Green Backlash.

Hanna J. Cortner, president of Cortner and Associates, coauthored
The Politics of Ecosystem Management, co-edited State and
Nature, and has held professorships at Northern Arizona University
and the University of Arizona.