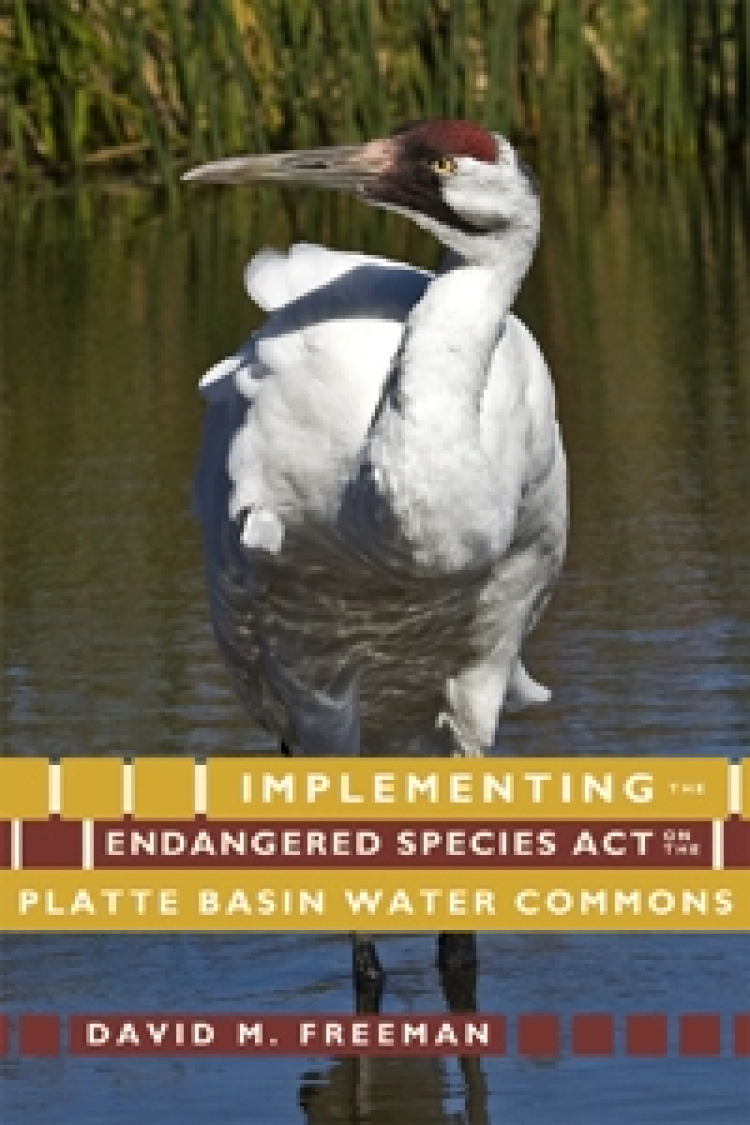 "Implementing the Endangered Species Act on the Platte Basin Water Commons is a must read for those who are, or seek to become, involved in contemporary water management."
—Robert Ward, Colorado Water Resources Institute, Colorado State University

"Freeman is a careful scholar who avoids depicting heroes and villains but instead shows how divergent interests were able to come together to avoid another tragedy of the commons. . . . An extraordinary achievement in scholarly persistence and clear writing. Highly recommended."
—R. E. O'Connor, Choice

"I can't say enough good about the book—Freeman deserves enormous credit. The lively style and the authority with which he documents each step of the the Platte River process, illustrating how an adaptive process can lead to progress even against terrible odds, makes for a very positive experience."
—Bryan Norton, Georgia Institute of Technology

Implementing the Endangered Species Act on the Platte Basin Water Commons tells of the negotiations among the U.S. Department of the Interior, the environmental community, and the states of Wyoming, Colorado, and Nebraska that took place from the mid-1970s to 2006. Ambitious talks among rival water users, environmentalists, state authorities, and the Department of the Interior finally resulted in the Platte River Habitat Recovery Program.

Documenting how organizational interests found remedies within the conditions set by the Endangered Species Act, describing how these interests addressed habitat restoration, and advancing sociological propositions under which water providers transcended self-interest and produced an agreement benefiting the environment, this book details the messy process that took place over more than thirty years. Presenting important implications for the future of water management in arid and semi-arid environments, this book will be of interest to anyone involved in water management, as well as to academics interested in the social organization of common property.

Media
Listen to an interview with David Freeman on Nebraska Public Radio's Morning Edition and "All Things Considered" here.

David M. Freeman attended Platte River negotiating sessions as an impartial observer for more than ten years, observing and recording the positions and issues. He is a professor emeritus in the Department of Sociology at Colorado State University.

A Land Made from Water

Appropriation and the Evolution of Colorado's Landscape, Ditches, and Water Institutions

On the Brink with American Farms, Cities, and Food