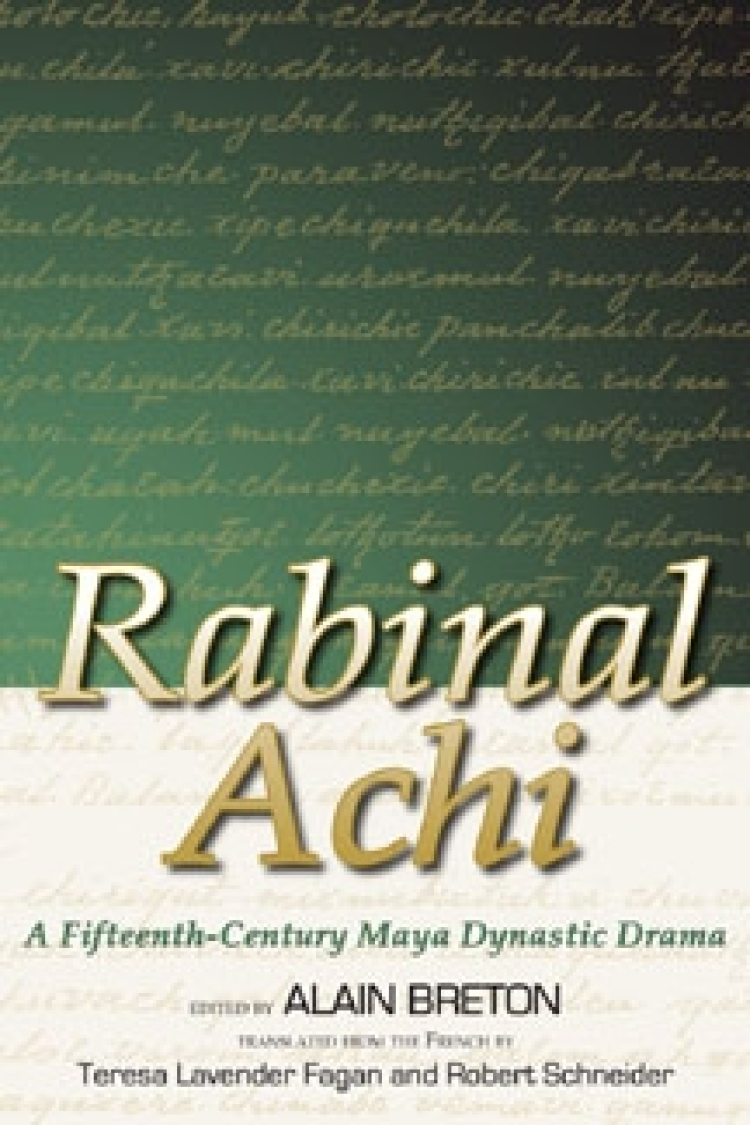 "This edition should take its rightful place as the standard translation of this important text for many years to come. Just as Brenton learned to love and appreciate the text as one of the few precious fragments of a once thriving tradition of Maya dance-dramas, this new translation helps us to appreciate, albeit as outsiders, a people's cherished cultural heritage."
—Allen J. Christenson, The Americas

"Breton's study is well-organized, meticulously researched, clearly and compellingly written, and as a research tool it is extremely easy to use. The book is an accessible, meticulously documented translation and stimulating interpretation of an unsurpassed source on the pre-Hispanic Quiché Maya. Mesoamerican scholars from a range of disiciplines will study and cite this monograph for generations to come."
—Jennifer von Schwerin, Journal of Anthropological Research

The Rabinal Achi, one of the most remarkable works of Mayan literature, dates back to the 1400s. In 2005, UNESCO declared Rabinal Achi to be a Masterpiece of the Oral and Intangible Heritage of Humanity. This drama is still performed with a ritual dance in the village of Rabinal (Baja Verapaz).

The drama is set in the Guatemalan highlands in the second half of the fifteenth century. In an exemplary trial that takes place in Kajyub, the capital of the Rabinaleb at that time, a captured enemy warrior (Quiché Achi) appears before the royal court. A series of combative dialogues pits the offending warrior against the local warrior (Rabinal Achi) and the king (Job Toj), reconstructing the deeds of those involved and retracing the antagonistic history of these two Mayan groups, the Quiché and the Rabinaleb.

Alain Breton approaches the text from an anthropological and ethnographical perspective, demonstrating that this indigenous text reenacts pre-Columbian historic paradigms. Breton's work is based on the Pérez Manuscript (1913), a facsimile of which is included in its entirety. Breton translated into French an entirely new transcription of the original text, and Teresa Lavender Fagan and Robert Schneider translated the text into English. Both the transcription and the translation are accompanied by detailed commentary and a glossary.

Alain Breton is Research Director at the Centre National de la Recherche Scientifique in France. He is the author or co-author of fifteen books.

Teresa Lavender Fagan is a freelance translator and has published more than a dozen book-length translations, including Jean Bottero's The Oldest Cuisine in the World: Cooking in Mesopotamia.

Robert Schneider has contributed articles, interviews, and opinion pieces to Theater Magazine, Plays International, American Theatre, The Chronicle of Higher Education, and the New York Times. He teaches theater history and criticism at Northern Illinois University and has taught at the University of Paris, Connecticut State University, and Yale University.