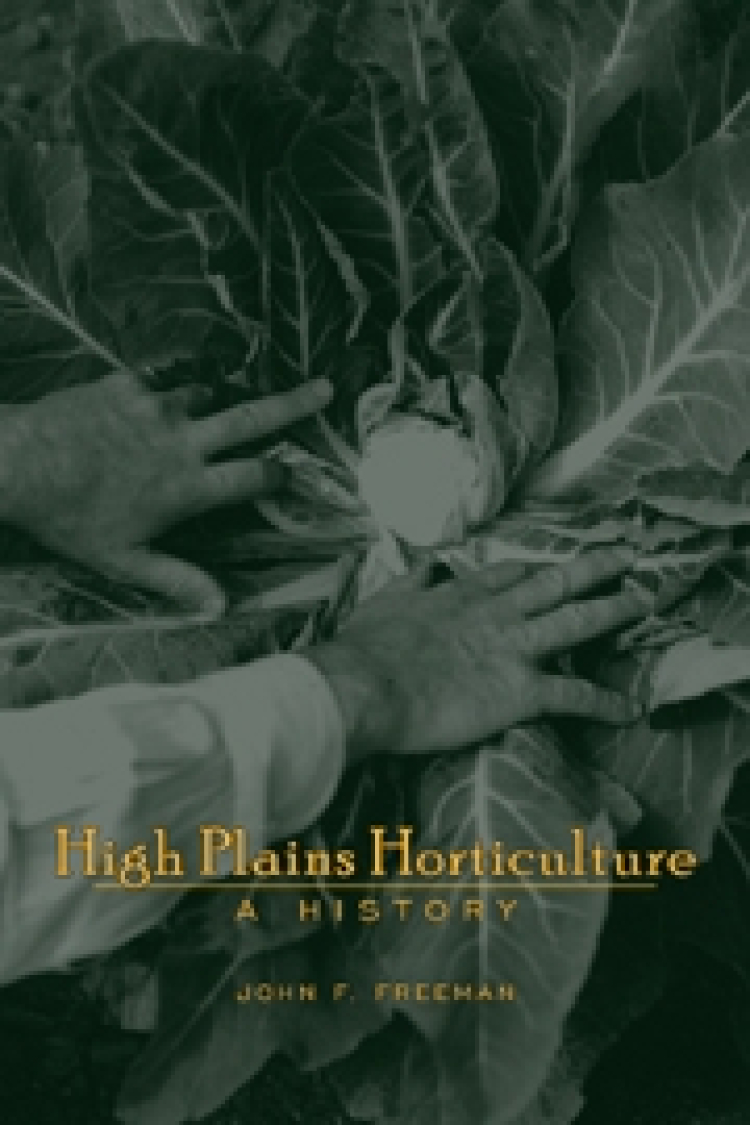 "High Plains Horticulture is an outstanding historical review of the amazing challenges and environmental constraints homesteaders, early settlers, and visionary plantsmen faced head on in their noble efforts to establish horticultural pursuits in the High Plains. Its historical documentation is noteworthy, its author's treatment commendable. Anyone reading this book will gain renewed respect for the sheer grit, patience, endurance, passion and leadership sacrificially offered by early plantsmen, horticulturalists and community pioneers. . . a valuable work that merits a broader readership than its title might imply."
—Dale E. Herman, Great Plains Research

"This book is a hymn to human ingenuity and persistence. . . a wide-ranging book that non-scientists can read and enjoy, and one that lovers of the Great Plains can savor."
—Paula M. Nelson, South Dakota History

"John F. Freeman's well-researched book is refreshing and implicity optimistic, as were the botanists and horticulturalists who adopted the High Plains as their laboratory in the early twentieth century. I found High Plains Horticulture both educational and entertaining."
—Robert Parson, Western Historical Quarterly

"John Freeman tells a story of hope and resilience as the military, early settlers, and eventually land grant university Extension agencies developed the means for growing both ornamental and esculent plants in lands with limited precipitation."
—Keith Crotz, The American Gardener

"Anyone interested in gardening or history should enjoy this book as much as I did."
—Cheryl Anderson, Wyoming Library Roundup

"Those seeking a social history of horticulture on the High Plains will find Freeman's volume pleasing."
—Kimberly Porter, Montana Magazine

High Plains Horticulture explores the significant, civilizing role that horticulture has played in the development of farmsteads and rural and urban communities on the High Plains portions of Colorado, Kansas, Nebraska, South Dakota, and Wyoming, drawing on both the science and the application of science practiced since 1840.

Freeman explores early efforts to supplement native and imported foodstuffs, state and local encouragement to plant trees, the practice of horticulture at the Union Colony of Greeley, the pioneering activities of economic botanists Charles Bessey (in Nebraska) and Aven Nelson (in Wyoming), and the shift from food production to community beautification as the High Plains were permanently settled and became more urbanized.

In approaching the history of horticulture from the perspective of local and unofficial history, Freeman pays tribute to the tempered idealism, learned pragmatism, and perseverance of individuals from all walks of life seeking to create livable places out of the vast, seemingly inhospitable High Plains. He also suggests that, slowly but surely, those that inhabit them have been learning to adjust to the limits of that fragile land. High Plains Horticulture will appeal to not only scientists and professionals but also gardening enthusiasts interested in the history of their hobby on the High Plains.

John F. Freeman is the founder and president emeritus of the Wyoming Community Foundation. He has a PhD in early modern European history from the University of Michigan and is the author of Adapting to the Land, High Plains Horticulture: A History, Black Hills Forestry: A History, and Persistent Progressives.

The South Platte and the Illinois of the American Prairie