by Ben B. Lindsey and Harvey J. O'Higgins 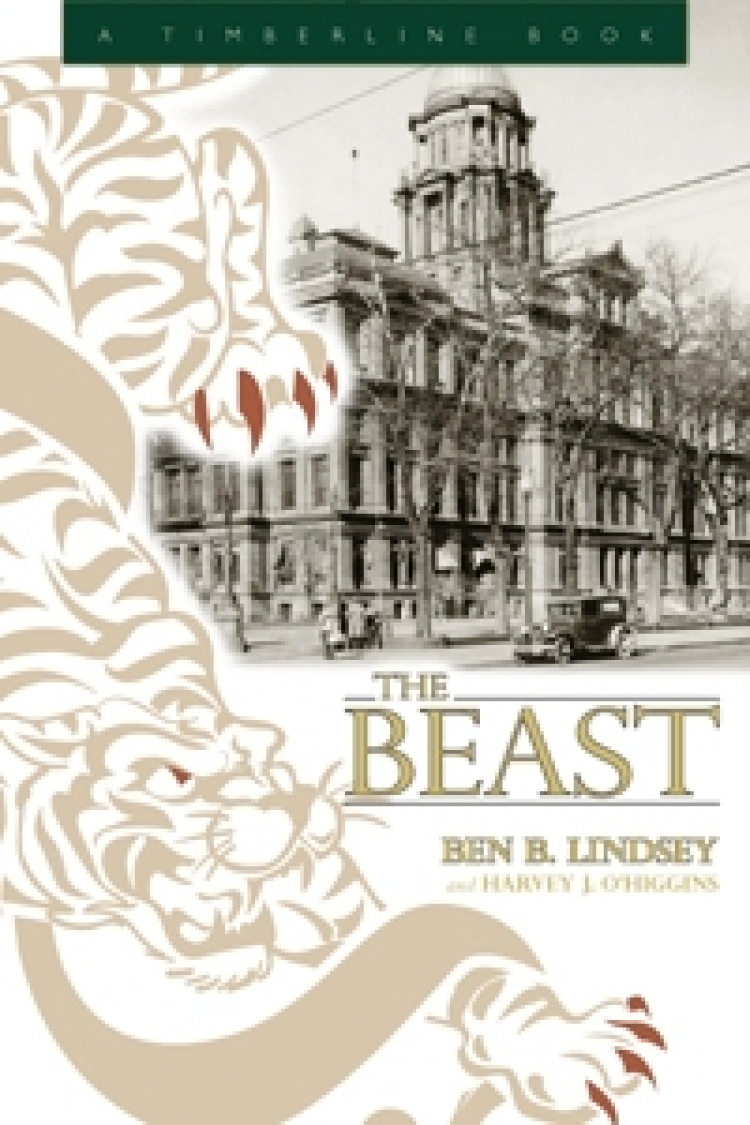 Judge Benjamin Barr Lindsey's expose of big business's influence on Colorado and Denver politics caused a sensation when serialized in Everybody's Magazine 1909-1910. When published as a book later in 1910, The Beast was considered every bit the equal of Upton Sinclair's The Jungle. Now back in print, the book reveals the plight of working-class Denver citizens—in particular, those Denver youths who ended up in Lindsey's court day after day. These encounters led him to create Denver's Juvenile Court, one of the first courts in the country set up to deal specifically with young delinquents. In addition, Lindsey exposes the darker sides of many well-known figures in Colorado history, including Mayor Robert W. Speer, industrialist and Senator Simon Guggenheim, and Denver tramway czar William Gray Evans. More than just a fascinating slice of Denver history, this book—and Lindsey's court—inspired widespread social change in the United States.

The founding judge of Denver's Juvenile Court from 1900 to 1927, Benjamin Barr Lindsey is credited as a pioneer of the U.S. juvenile court system. A 1914 poll ranked Lindsey among the ten greatest living Americans, along with by Thomas Edison and Theodore Roosevelt, but by 1929 he was ousted from his judgeship, was disbarred in the State of Colorado, and is now almost forgotten. He authored many other books during his lifetime, including The Revolt of Modern Youth (with Wainwright Evans, 1925), The Companionate Marriage (with Wainwright Evans, 1927), and his autobiography The Dangerous Life (with Rube Burrough, 1931). Harvey J. O'Higgins, who worked with Lindsey on The Beast, was the author of "The Smoke-Eaters" and "Don-a-Dreams," among other stories. The Gospel of Progressivism