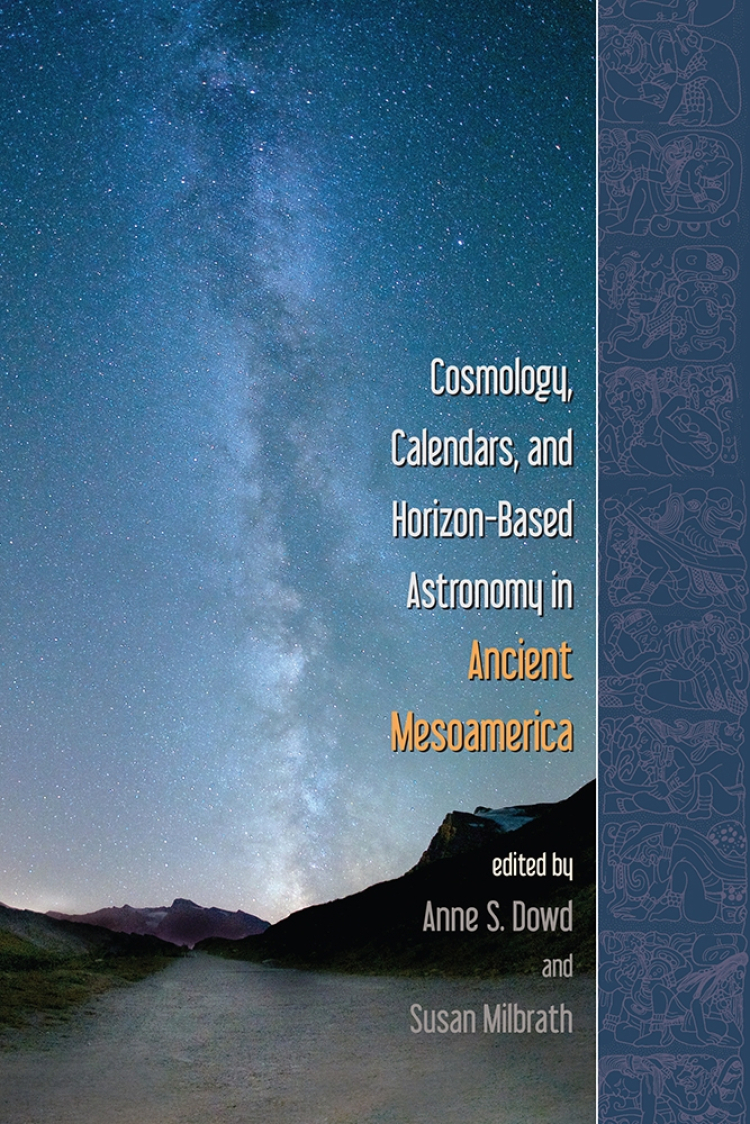 “An excellent snapshot of the value of cultural astronomy to interpretations of ancient Mesoamerican cultures.”
—Arlen F. Chase, University of Central Florida

“[W]e can declare this volume to be a success and a worthy tribute to its honoree [Anthony Aveni]."
—Anthropology Review Database

"[Mesoamerican astronomical research] has evolved into a 'robust, disciplined, and . . . detailed enterprise' represented by the excellent essays in this volume. . . . Highly recommended."

“This compilation by noted scholars honors Aveni’s work and reflects on how and where cities were built, how architectural orientations were determined, when crops were planted, and how these ancient peoples marked the passage of time.”

"This work constitutes a valuable contribution to archaeoastronomy in Mesoamerica."

"​[A]n authoritative collection of scholarship concerning the importance of the sky and​ ​celestial objects in ancient Mesoamerican cultures."

Cosmology, Calendars, and Horizon-Based Astronomy in Ancient Mesoamerica is an interdisciplinary tour de force that establishes the critical role astronomy played in the religious and civic lives of the ancient peoples of Mesoamerica. Providing extraordinary examples of how Precolumbian peoples merged ideas about the cosmos with those concerning calendar and astronomy, the volume showcases the value of detailed examinations of astronomical data for understanding ancient cultures.

The volume is divided into three sections: investigations into Mesoamerican horizon-based astronomy, the cosmological principles expressed in Mesoamerican religious imagery and rituals related to astronomy, and the aspects of Mesoamerican calendars related to archaeoastronomy. It also provides cutting-edge research on diverse topics such as records of calendar and horizon-based astronomical observation (like the Dresden and Borgia codices), iconography of burial assemblages, architectural alignment studies, urban planning, and counting or measuring devices.

The contributors—who are among the most respected in their fields—explore new dimensions in Mesoamerican timekeeping and skywatching in the Olmec, Maya, Teotihuacano, Zapotec, and Aztec cultures. It will be of great interest to students and scholars of anthropology, archaeology, art history, and astronomy.

Anne S. Dowd is a program manager with the National Park Service and winner of the Eben Demarest Trust Award for excellence in archaeology (1998), Brown University's Watson Smith Prize Honorable Mention (1998), the Geochron Research Award (1996), and the Daryle Bogenreif Award (2010).

Susan Milbrath is curator of Latin American art and archaeology at the Florida Museum of Natural History and an affiliate professor of anthropology at the University of Florida. She is the author of Star Gods of the Maya and Heaven and Earth in Ancient Mexico. Transformation and Negotiation in Oaxaca, Mexico