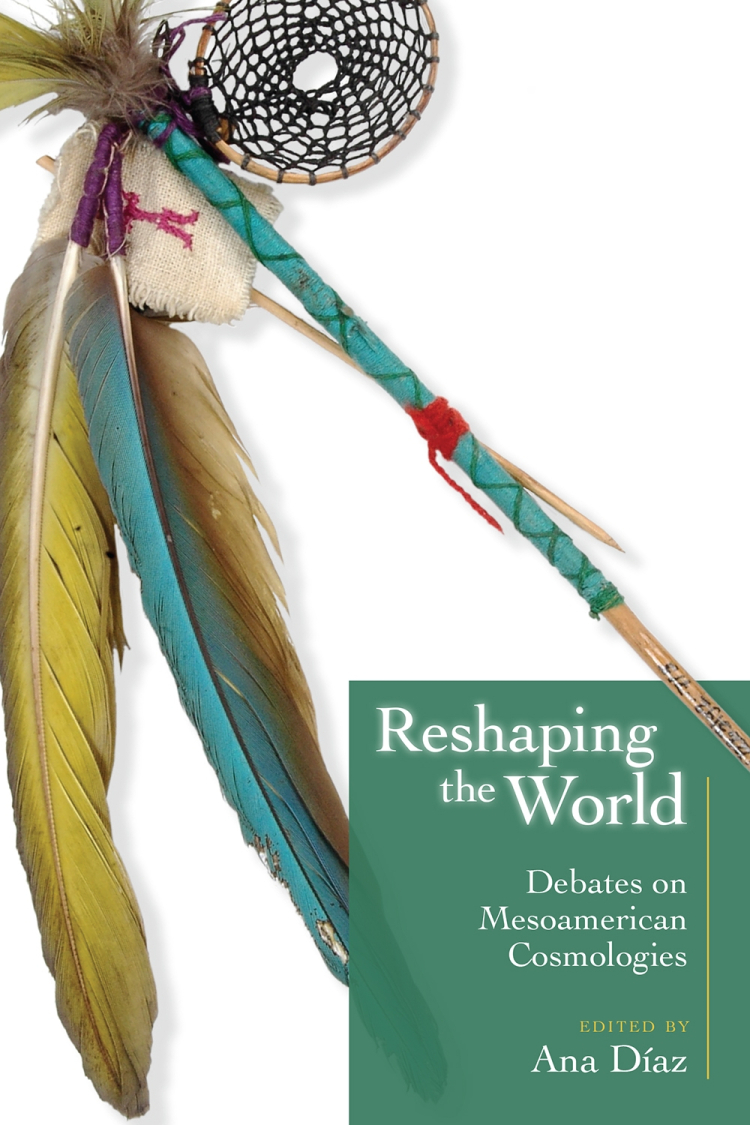 “This well-researched volume demonstrates persuasively that Mesoamerican cultures varied considerably with regard to their notions of the cosmos. . . . A refreshing departure from much of the scholarship produced in the last century that should serve as a model for future researchers.”
—Allen J. Christenson, Brigham Young University

"Like all well-coordinated edited volumes, these essays resonate with one another, especially in their attention to language and ritual performance. With its rich body of evidence and sharp analyses, this work breaks down the rigid boundaries between cosmologies, chronology, and cultures in Mesoamerica."
—Hispanic American Historical Review

"A rigorous intellectual adventure that presents us with nuanced and diverse ways of understanding Mesoamerican cosmologies."
—Colonial Latin American Review

"Reshaping the World is an important and valuable resource. . . . Recommend[ed] for anyone who does, or aspires to do, professional work in the ancient or modern indigenous societies of the region, but the problems it investigates are especially salient for art historians and museum professionals."
—Antiquity

Reshaping the World is a nuanced exploration of the plurality, complexity, and adaptability of Precolumbian and colonial-era Mesoamerican cosmological models and the ways in which anthropologists and historians have used colonial and indigenous texts to understand these models in the past. Since the early twentieth century, it has been popularly accepted that the Precolumbian Mesoamerican cosmological model comprised nine fixed layers of underworld and thirteen fixed layers of heavens. This layered model, which bears a close structural resemblance to a number of Eurasian cosmological models, derived in large part from scholars’ reliance on colonial texts, such as the post–Spanish Conquest Codex Vaticanus A and Florentine Codex.

By reanalyzing and recontextualizing both indigenous and colonial texts and imagery in nine case studies examining Maya, Zapotec, Nahua, and Huichol cultures, the contributors discuss and challenge the commonly accepted notion that the cosmos was a static structure of superimposed levels unrelated to and unaffected by historical events and human actions. Instead, Mesoamerican cosmology consisted of a multitude of cosmographic repertoires that operated simultaneously as a result of historical circumstances and regional variations. These spaces were, and are, dynamic elements shaped, defined, and redefined throughout the course of human history. Indigenous cosmographies could be subdivided and organized in complex and diverse arrangements—as components in a dynamic interplay, which cannot be adequately understood if the cosmological discourse is reduced to a superposition of nine and thirteen levels.

Unlike previous studies, which focus on the reconstruction of a pan-Mesoamerican cosmological model, Reshaping the World shows how the movement of people, ideas, and objects in New Spain and neighboring regions produced a deep reconfiguration of Prehispanic cosmological and social structures, enriching them with new conceptions of space and time. The volume exposes the reciprocal influences of Mesoamerican and European theologies during the colonial era, offering expansive new ways of understanding Mesoamerican models of the cosmos. Anthropomorphic Imagery in the Mesoamerican Highlands