Where Did the Eastern Mayas Go?

The Historical, Relational, and Contingent Interplay of Ch'orti' Indigeneity 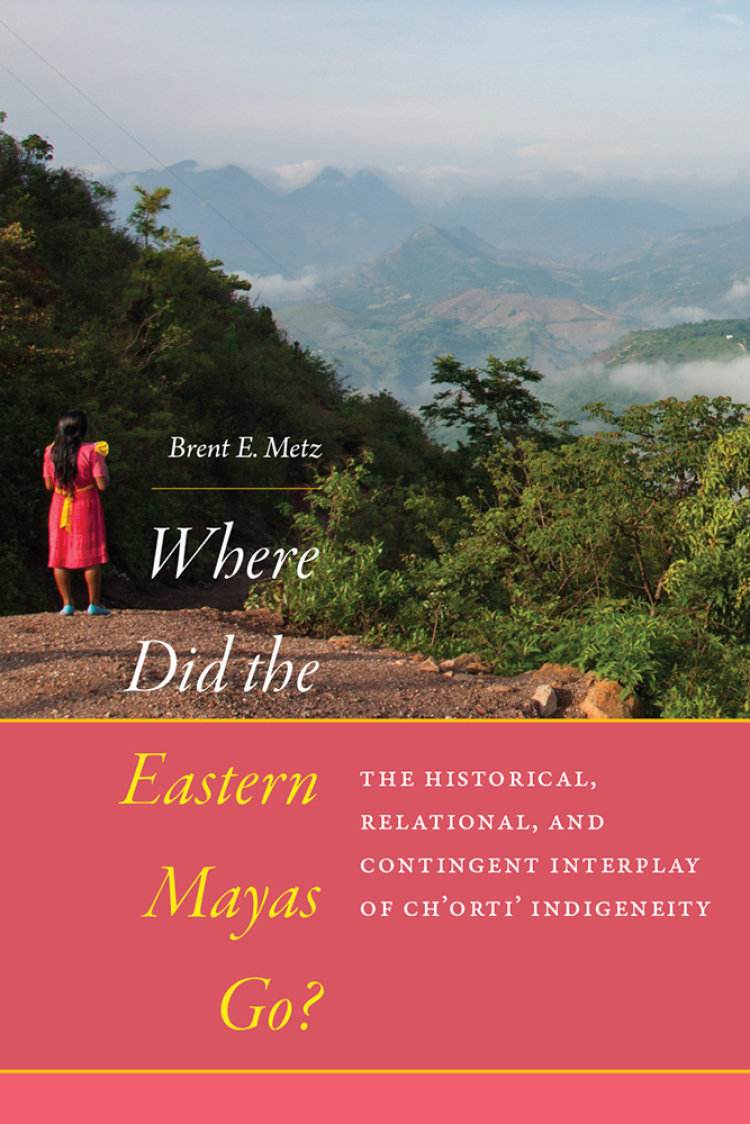 Copublished with the Institute for Mesoamerican Studies, University of Albany

“This amazing and unique book seeks to address a specific problem in historical reconstruction while also addressing theoretical and political issues that have arisen in the last few decades as scholars and activists seek to work out the implications of indigeneity and to find reasonable ways to define Indigenous communities that have been interrupted and disarticulated by colonialism, neocolonialism, and modernity and may be rediscovering or reformulating their own ethnicity.”
—Garret W. Cook, Baylor University

“Metz provides valuable insight into the tension surrounding contemporary understandings of ethnic identity, Indigenous organizing, and rural lifeways in an area of Mesoamerica that has, on the whole, received little scholarly attention at the community level. As a work of engaged scholarship, the book seeks to hold academics accountable to the people who facilitate our work even as it provides a baseline for comparison with other contexts where organizing around ethnic identity has become a source of empowerment and controversy.”
—Matt Samson, Davidson College

In Where Did the Eastern Mayas Go? Brent E. Metz explores the complicated issue of who is Indigenous by focusing on the sociohistorical transformations over the past two millennia of the population currently known as the Ch’orti’ Maya. Epigraphers agree that the language of elite writers in Classic Maya civilization was Proto-Ch’olan, the precursor of the Maya languages Ch’orti’, Ch’olti’, Ch’ol, and Chontal. When the Spanish invaded in the early 1500s, the eastern half of this area was dominated by people speaking various dialects of Ch’olti’ and closely related Apay (Ch’orti’), but by the end of the colonial period (1524–1821) only a few pockets of Ch’orti’ speakers remained.

From 2003 to 2018 Metz partnered with Indigenous leaders to conduct a historical and ethnographic survey of Ch’orti’ Maya identity in what was once the eastern side of the Classic period lowland Maya region and colonial period Ch’orti’-speaking region of eastern Guatemala, western Honduras, and northwestern El Salvador. Today only 15,000 Ch’orti’ speakers remain, concentrated in two municipalities in eastern Guatemala, but since the 1990s nearly 100,000 impoverished farmers have identified as Ch’orti’ in thirteen Guatemalan and Honduran municipalities, with signs of Indigenous revitalization in several Salvadoran municipalities as well. Indigenous movements have raised the ethnic consciousness of many non-Ch’orti’-speaking semi-subsistence farmers, or campesinos. The region’s inhabitants employ diverse measures to assess identity, referencing language, history, traditions, rurality, “blood,” lineage, discrimination, and more.

Where Did the Eastern Mayas Go? approaches Indigenous identity as being grounded in historical processes, contemporary politics, and distinctive senses of place. The book is an engaged, activist ethnography not on but, rather, in collaboration with a marginalized population that will be of interest to scholars of the eastern lowland Maya region, indigeneity generally, and ethnographic experimentation.