edited by the USU Special Collections and Archives 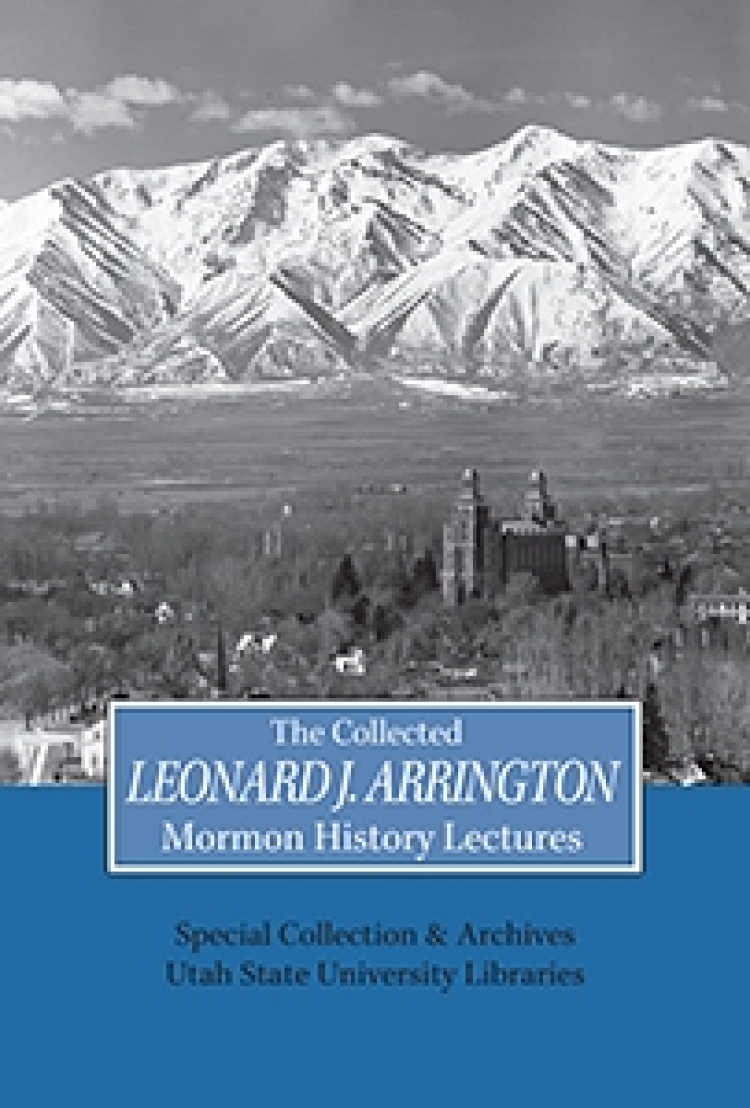 Although trained as an economist at the University of North Carolina, Arrington became a Mormon historian of international repute. Working with numerous colleagues, the Twin Falls, Idaho native produced the classic Great Basin Kingdom: An Economic History of the Latter-day Saints in 1958. Utilizing available collections at USU, Arrington embarked on a prolific publishing and editing career. He and his close ally, Dr. S. George Ellsworth, helped organize the Western History Association, and they created the Western Historical Quarterly as the scholarly voice of the WHA. While serving with Ellsworth as editor of the new journal, Arrington also helped both the Mormon History Association and the independent journal Dialogue get established.

One of Arrington's great talents was to encourage and inspire other scholars or writers. While he worked on biographies or institutional histories, he employed many young scholars as researchers. He fostered many careers as well as arranged for the publication of numerous books and articles.

In 1973, Arrington accepted the appointment as the official historian of the Church of Jesus Christ of Latter-day Saints as well as the Lemuel Redd Chair of Western History at Brigham Young University. More and more Arrington focused on Mormon, rather than economic, historical topics. His own career flourished by the publication of The Mormon Experience, co-authored with Davis Bitton, and American Moses: A Biography of Brigham Young. He and his staff produced many research papers and position papers for the LDS Church as well. Nevertheless, tension developed over the historical process, and Arrington chose to move full time to BYU with his entire staff. The Joseph Fielding Smith Institute of History was established, and Leonard continued to mentor new scholars as well as publish biographies. He also produced a very significant two-volume study, The History of Idaho.

After Grace Arrington passed away, Leonard married Harriet Horne of Salt Lake City. They made the decision to deposit the vast Arrington collection of research documents, letters, files, books, and journals at Utah State University. The Leonard J. Arrington Historical Archives is part of the university's Special Collections. The Arrington Lecture Committee works with Special Collections to sponsor the annual lecture.

Number 1 (1996): Faith and Intellect as Partners in Mormon History by Leonard J. Arrington

Number 2 (1997): Making Space for the Mormons by Richard L. Bushman

Number 3 (1998): The Exodus as Reformation by Richard E. Bennett

Number 4 (1999): The Theater in Mormon Life and Culture by Howard R. Lamar

Number 6 (2001): The Importance of the Temple in Understanding the Latter-day Saint by Kenneth W. Godfrey

"What the Railroad Will Bring Us"

The Legacy of the Transcontinental Railroad Corporations