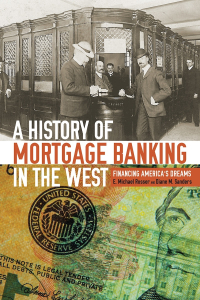 Published in University Press of Colorado
Tagged under
Read more...
May 12, 2017

Diane M. Sanders has a BA and MA in history from Colorado State University, where she won the Meyer Nathan Memorial Award for compassion and service. Focused on preservation and cultural resource management under the guidance of the Public Lands History Center, she researched and wrote a historic furnishings report of the Murie Ranch in Grand Teton National Park for the National Park Service. 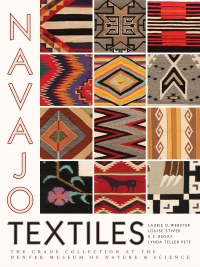 Winner of the Southwest Book Award for 2017, this beautifully illustrated work is the result of multiple collaborations. The book was published jointly by the University Press of Colorado and the Denver Museum of Nature & Science, and the text was written by a team of scholars (Laurie Webster and Louise Stiver) and active Navajo weavers (D. Y. Begay and Lynda Teller Pete). As is the case with most natural history institutions, the Denver Museum of Nature & Science has the space to display only a small fraction of the material objects in its full collection. The publication of Navajo Textiles presents a wider range of the stunning Navajo weavings contained in the Crane Collection—one of the largest collections of Navajo textiles in the world—to a larger audience than the small group of scholars who might normally access the full assembly.  The Denver Museum of Nature & Science hosted two different events for the general public highlighting both the book and samples from the collections, one in October and a second in April. Both were well attended, and gave the public the opportunity to learn more from both the scholars who study these textiles as well as the weavers who continue to produce new work today.

This publication, winner of the 2017 Computers and Composition Distinguished Book Award, is bit different of a departure for us, in that this non-traditional book consists of six video essays, or chapters, that connect film and video production, feminist filmmaking, and Rhetoric and Composition. A collaborative effort of Utah State University Press and the Computers and Composition Digital Press, Alexandra Hidalgo's Cámara Retórica is openly available as an online publication on the CCDP website. Click on the trailer to the right to learn more! 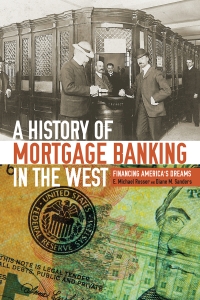 The financial collapse of 2008, although a decade past, is still very much present in the minds of many who worry about the underlying strength of the market today. Given that the Great Recession was driven by bad bets in the subprime mortgage market, why not write a history of mortgage banking in Colorado and the West? That is exactly what mortgage banker Mike Rosser and historian Diane Sanders did, with support along the way from the Public Lands History Center at Colorado State University. The combination of Sanders's writing talents and historical knowledge with Rosser's exceptional insider knowledge of the mortgage banking industry produced a highly readable and entertaining book on a subjed that might not obviously be either of those things at first blush. You can hear Mike Rosser talk about the book on Devil's Advocate with Jon Caldara and read more about the book in the Colorado Real Estate Journal.