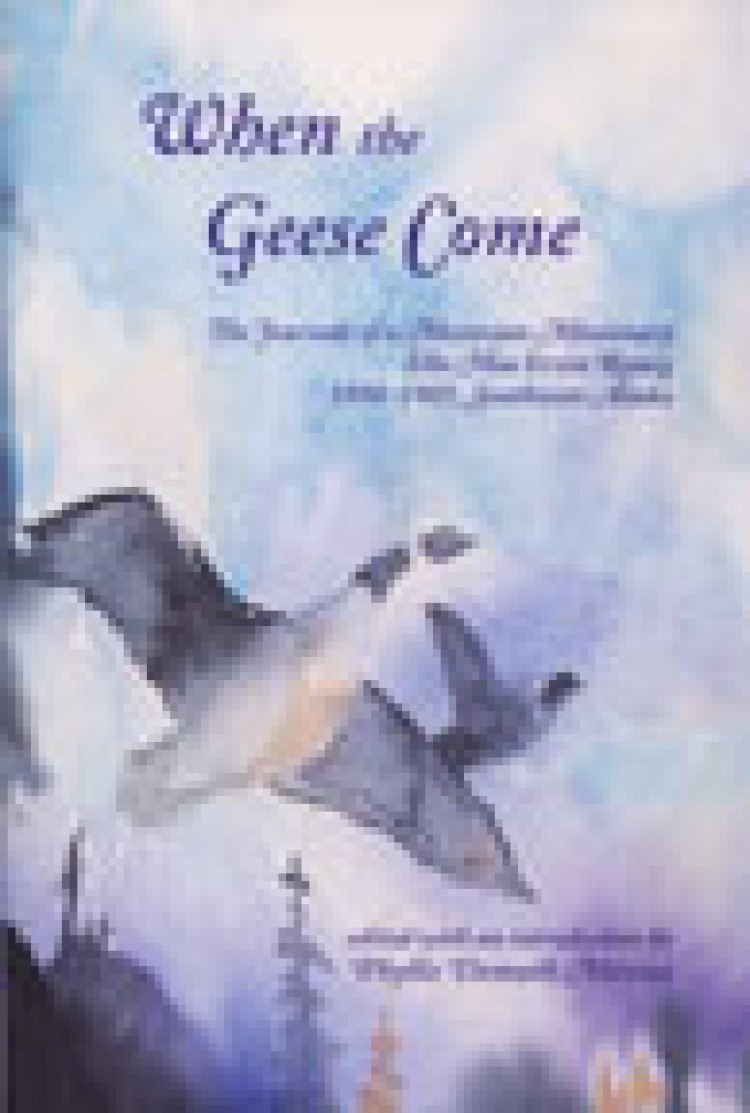 While studying medicine at Hahnemann University in Pennsylvania, Joseph Herman Romig met Ella Mae Ervin, a nursing school graduate, who shared his desires to help those less fortunate. The couple married and were sent to Alaska where they joined Herman's sister, Edith, and her husband John Kilbuck at the Moravian mission in Bethel. To keep in touch with her family, Ella recorded her daily life in letters home. These transcribed epistolary journals tell the experiences of a young woman who left the East Coast to accompany her new husband to the then little-known coast of southwest Alaska at the close of the 19th century.

This is the narrative of a devoted wife and mother constantly threatened by hardship, disease, and weather who nevertheless grew to love her adopted country as she loved the family to whom she wrote. Ella's attitude about life was buoyant, even though she occasionally complained about the drudgery, the loneliness, and the hard work. She had the ability to see the positive and to trust in God's will to maintain her emotional balance. Her attitude is illustrated by one of her comments: One spring Herman prepared to hunt geese to supplement the family's annually shipped rations. Although Ella did not look forward to the chore of cleaning the birds, she excused the hardship with the optimistic remark that "when the geese come they bring Spring." Her candid observations of a time long gone reveal a growing affection and understanding for the wild country where they lived and labored, and for the Yup'ik people with whom they worked.

These letters provide the opening chapters of the life of an Alaskan pioneer family, for after their mission duty concluded, Ella and Herman eventually returned to spend the bulk of their lives in the territory.

Phyllis Movius has spent years in service with the American Red Cross and the United Way. She resides in Fairbanks, Alaska, with her husband, Jim.