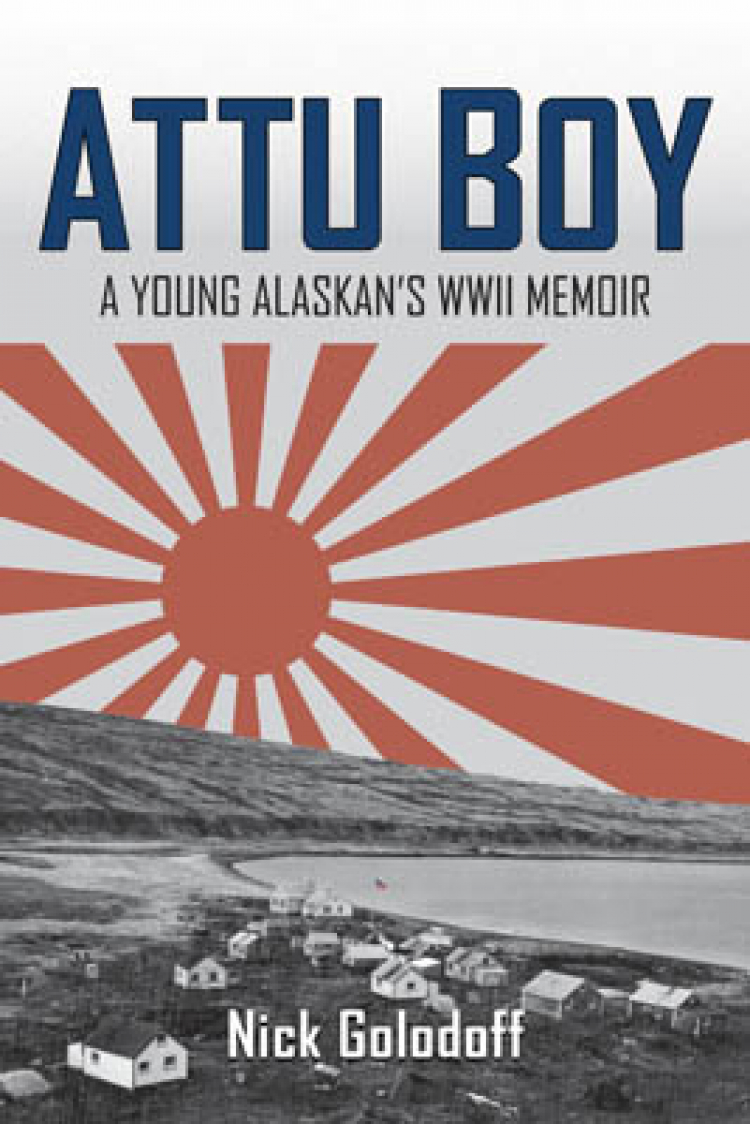 In the quiet of morning, exactly six months after Pearl Harbor, the Japanese touched down on American soil. Landing on the remote Alaska island of Attu, they assailed an entire village, holding the Alaskan villagers for two months and eventually corralling all survivors into a freighter bound for Japan. One of those survivors, Nick Golodoff, became a prisoner of war at just six years old. He was among the dozens of Unangan Attu residents swept away to Hokkaido, and one of only twenty five to survive. Attu Boy tells Golodoff’s story of these harrowing years as he found both friendship and cruelty at the hands of the Japanese. It offers a rare look at the lives of civilian prisoners and their captors in WWII-era Japan. It also tells of Golodoff’s bittersweet return to a homeland torn apart by occupation and forced internments. Interwoven with other voices from Attu, this richly illustrated memoir is a testament to the struggles, triumphs, and heartbreak of lives disrupted by war.

Except for his imprisonment in Japan, Nick Golodoff (1935–2013) lived his life in the Aleutian Islands. Rachel Mason is a cultural anthropologist for the National Park Service in Anchorage, Alaska.