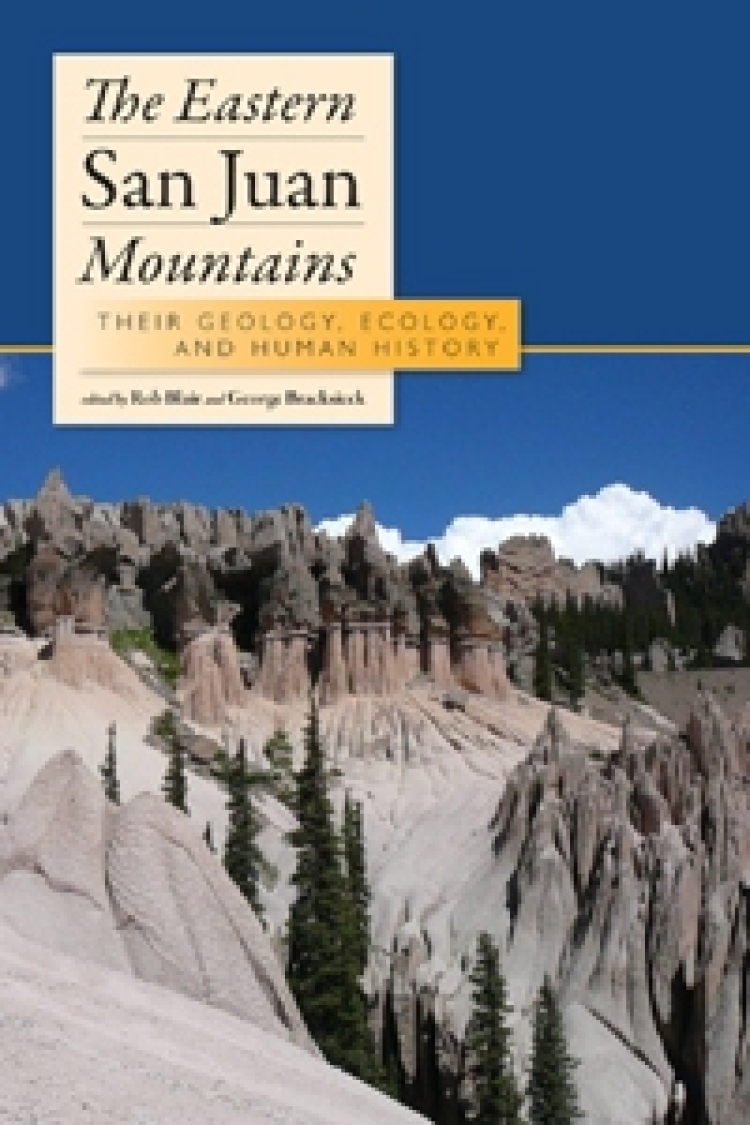 "Blair and the contributing authors have extensive field experience in the San Juan Mountains; thus the book will be valuable to field scientists and naturalists interested in the southern Rocky Mountains and will also serve as a useful resource for undergraduates in the environmental sciences."
—N. Caine, Choice

A natural division between the eastern and western slopes of the San Juans is the north-south line that runs approximately through Lake City, south of the crossing of the Piedra River by US Highway 160. In this super guidebook, 27 contributors—all experts in their fields—artfully bring the geology, hydrology, animal and plant life, human histories, and travel routes of these eastern slopes to life. Designed to inform researchers, educators, and students about the region's complex systems, The Eastern San Juan Mountains also serves as an informative guidebook to accompany visitors along their travels on the Silver Thread National Scenic Byway, which stretches between South Fork and Lake City.

George Bracksieck is the former publisher and editor of Rock & Ice, a mountaineering magazine.