The Mechanics of Optimism 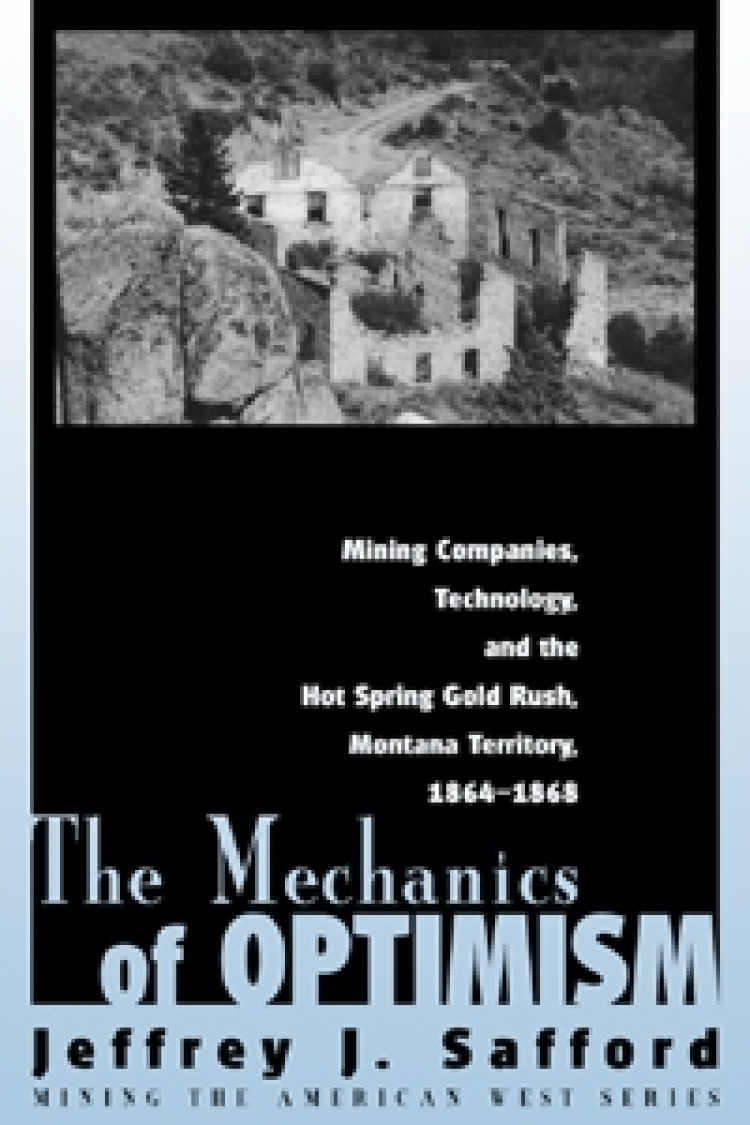 "In this fascinating, fine-grained study of the rapid rise and even more rapid fall of one Montana mining district, Jeffrey J. Safford provides some answers, skillfully revealing how the 'mechanics of optimism' of the 1860s too often led capitalists and their mine managers into financial disaster. . . . Safford is such a fine storyteller that we end up caring enough about these men and their grandiose dreams that we indulge in our own unwarranted optimism, hoping they might yet succeed in the end. The do not succeed, of course, just like in the majority of other western mining ventures. Historians have long recognized that mining and mining investments in the American West were more likely to generate bankruptcies and lawsuits than wealth. Despite this realization, most mining historians have still preferred to attend at the birth of success rather than at the post-mortem of failure. Safford's book shows us why this prejudice for winners is such a mistake, demonstrating that the serious study of failure may tell us more about the history of the American West than do our traditional tales of success. . . . The Mechanics of Optimism should win a wide readership. Historians of mining in the American West will find the book indispensable, but there is also much to interest historians of technology, business historians, and a general audience seeking to better understand the mining frontier."
—Timothy J. LeCain, Mining History Journal

"The boom and bust of the Hot Spring District only took five years, but as Safford says, it 'epitomizes patterns of development in the majority of the West's mining districts.' . . .Safford has a solid, in-depth look at one mining district whose lessons can indeed be seen elsewhere in the West."
—Western Historical Quarterly

"[The Mechanics of Optimism] examines the quick-to-rise, quick-to-decline Hot Spring Mining District in southwestern Montana on the premise that short-lived and unprofitable mining camps—as the rule, not the exception—offer the best insight into what western mining was all about . . . Safford's book provides insight into the work of the miners and mill operators who gave life to the mining camps that started with high expectations and ended dismally. It fills a niche in the history of territorial Montana and provides perspective on why a West settled by miners today has so little mining."
—Montana: Magazine of Western History

"Over a score of years Safford, assisted by family and students, did an extensive search of primary and secondary sources to tell the story of a brief bonanza. With local newspapers, mining company records and private correspondence, Safford reveals the story behind the remains of buildings which once housed the executives and equipment of the mining companies. . . . Those who have an interest in the mining business will want to read the entire series, 'Mining in the American West,' of which this book is an important part."
—EH.net

"A detailed case study of eastern investors who blindly invested in 'surefire' western mines. This book is extensively researched—using manuscript collections in eight states and the District of Columbia—and clearly written. It is a concise and a useful contribution to the history of western mining.
—Jeff Bremer, Journal of the West

"Safford unfolds a fascinating tale of mining tribulations. . . . [A] unique and interesting book. It brings to life the many facets of the gold rush—the perverse nature of mineral deposits, the hard labor, survival in a bitter climate, logistics of long-distance travel and shipping, inadequate technology for efficient mining, impatient greed by eastern investors, cutthroat competition, lawsuits and countersuits, and dismal failure. But the story so illuminates a time and a place with such careful and extensive research that it was a pleasurable piece of American history to learn so much truth about."
—Rochester Historical Society Observer

"This study is more illustrative of what was going on in the early mining frontier than the studies of the Bonanza Kings or communities like Virginia City."
—Sally Zanjani, author of A Mine of Her Own and The Glory Days of Goldfield, Nevada

For every successful mining district celebrated in history, there were failed dozens whose stories have been largely forgotten. The Mechanics of Optimism documents, in rare detail, the boom-bust cycle of Hot Spring District, a mid-1860s Montana gold camp that did not pay, despite early predictions of a sure thing.

Historian Jeffrey J. Safford examines how gold mining ventures were developed and financed during and after the Civil War, and how men, primarily Easterners with scant knowledge of mining, were willing to invest large sums in gold mines that promised quick and lucrative returns. Safford explains how these mining companies were organized and underwritten, and why a little-known district in southwestern Montana was chosen as a center of operations. Relying on extensive primary sources, Safford addresses the mind-set of the businessmen, the expectations and realities of new mining technology, the financial strategies, and the universality of the Hot Spring experience.