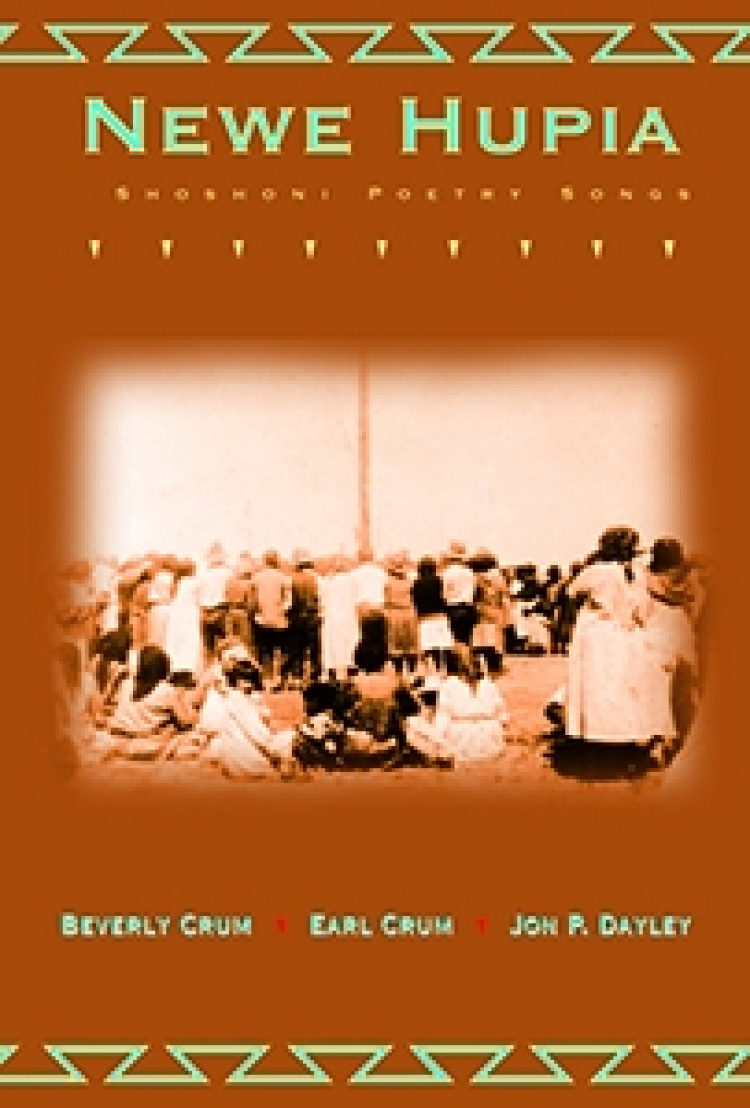 This collection presents written texts of songs in Shoshoni and English, with both figurative and literal translations, and is packaged with a CD containing performances of the songs by Earl and Beverly Crum. The songs fall into several categories based on the contexts of their performances, such as dance songs, medicine songs, and handgame songs. The texts are framed with an introduction and commentary discussing the cultural background, meaning, forms, and performance contexts of the songs, Shoshoni language, and methodology. Glossaries of Shoshoni terms are appended.

As the first major linguistic study of Shoshoni songs, Newe Hupia is an important contribution to scholarship. It also marks a significant achievement in the preservation of an important aspect of Shoshoni language and culture. And it has literary value as a presentation of Shoshoni verse and aesthetics. Furthermore, many readers and listeners will find the songs to be lyrical, pleasing to the ear, and evocative of the natural world.