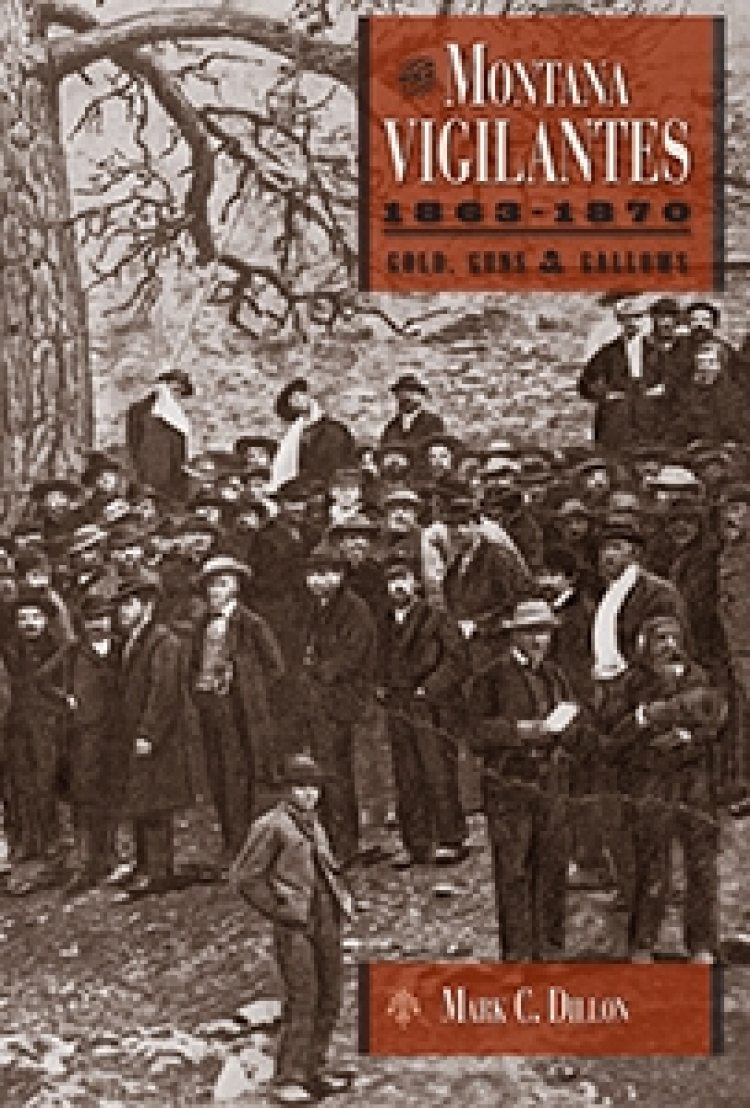 "Justice Mark C. Dillon's book reads like a Western. Dillon masterfully sets the stage for the rise of the Montana vigilantes by bringing alive the people who created and lived in [mining] towns. There are heroes, villains, shady characters, and more than a few politicians, businessmen, lawyers and judges. What sets Dillon's book apart from historical texts and fictional tales is that he provides legal analyses and explanations of the trials, sentences, due process and procedures of the day . . . and shed[s] grisly light on the details of the hangings. Dillon's unique background as an attorney and judge and his downright dogged research are what makes this complex story so engaging. The prose is clear, crisp and gets to the point. . . . The book is satisfying because it answers contemporary nagging questions about the law regarding the vigilantes and the hangings."
—Gregory Zenon, Brooklyn Barrister

"The best work on the Montana vigilantes. . . . Its careful, informative, judicial approach radiates a strong authority that will be recognized by academics and popular readers alike."
—Paul R. Wylie, historian and author of The Irish General

"Dillon has given us a well researched and highly accessible look at a significant topic."
—True West Magazine

"Mark C. Dillon is a justice of the appellate division of the New York State Supreme Court, and he brings a scholar's eye to the dicey question of whether the Montana vigilantes—hailed in their day as great heroes—were justified in their actions . . . Dillon has done a thorough job of assembling evidence . . . [and his] book is a worthy addition to the field of study."

—Montana The Magazine of Western History

"Mark C. Dillon’s analysis of the vigilantes of Bannack, Alder Gulch, and Helena in Montana Territory is the most detailed, insightful, and legally nuanced yet produced. . . . This book is a model for historians to follow when dealing with nineteenth-century criminal proceedings. Establishing historical context includes examining the laws in books as well as the law in action."

Historians and novelists alike have described the vigilantism that took root in the gold-mining communities of Montana in the mid-1860s, but Mark C. Dillon is the first to examine the subject through the prism of American legal history, considering the state of criminal justice and law enforcement in the western territories and also trial procedures, gubernatorial politics, legislative enactments, and constitutional rights.

Using newspaper articles, diaries, letters, biographies, invoices, and books that speak to the compelling history of Montana's vigilantism in the 1860s, Dillon examines the conduct of the vigilantes in the context of the due process norms of the time. He implicates the influence of lawyers and judges who, like their non-lawyer counterparts, shaped history during the rush to earn fortunes in gold.

Dillon's perspective as a state Supreme Court justice and legal historian uniquely illuminates the intersection of territorial politics, constitutional issues, corrupt law enforcement, and the basic need of citizenry for social order. This readable and well-directed analysis of the social and legal context that contributed to the rise of Montana vigilante groups will be of interest to scholars and general readers interested in Western history, law, and criminal justice for years to come.

Mark C. Dillon is an associate justice in the Appellate Division of the New York State Supreme Court and has a special interest in the history of law-making, law enforcement, and "unauthorized justice" in the Montana Territory of the 1860s.