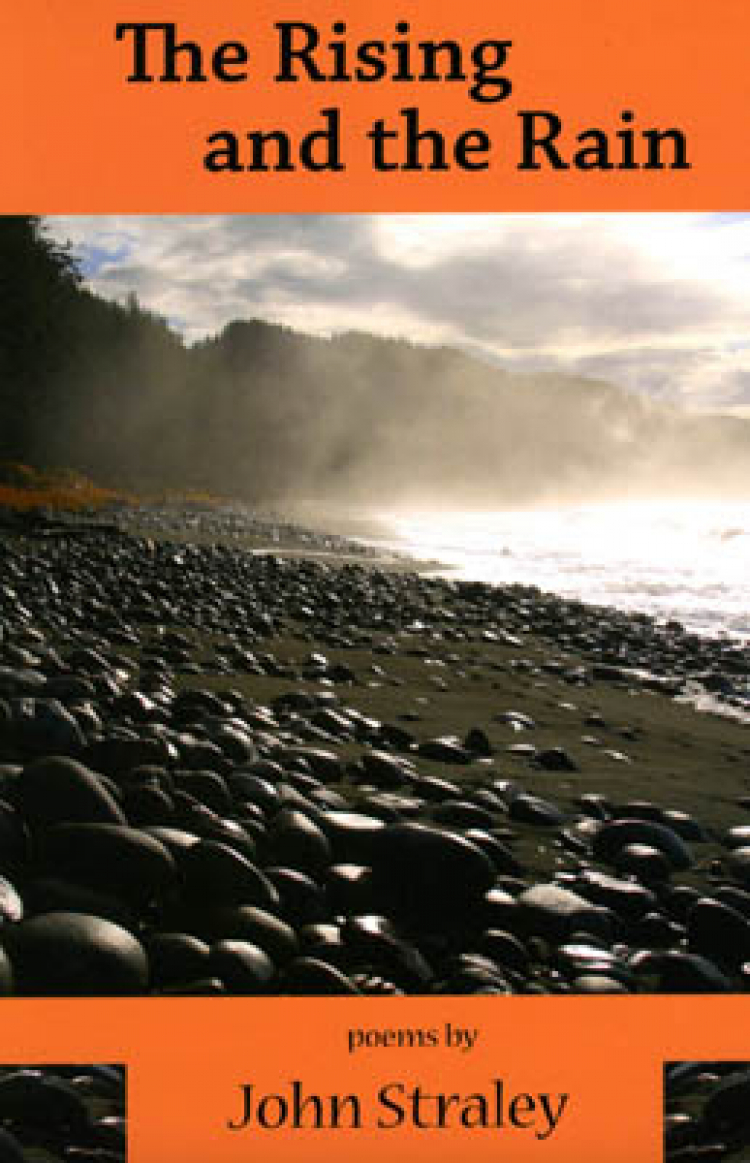 The Rising And The Rain is Alaskan novelist John Straley’s first book of poetry. With a keen eye and self deprecating humor, he paints a portrait of the region he calls home: the Pacific Northwest and southeastern Alaska. Local at inception but universal in scope, Straley’s narrative poems encompass the personal and political. Sometimes finding humor and solace in the absurd, they always return to the abiding source of life along this wild stretch of the Pacific. The Rising And The Rain is a celebration of the cycles of rain, the seasons, and the many promises the earth always keeps.

John Straley was educated in Seattle and New York City, graduating from the University of Washington in 1977 after studying under the tutelage of Nelson Bentley and James Welch. He has been a wilderness guide, woods worker, secretary, apprentice machinist, a novelist and for almost twenty-five years, a criminal defense investigator. In 2006 he was named the 12th Alaska Writer Laureate and is currently a criminal defense investigator for Alaska’s Public Defender Agency. In May 2008 he will be awarded an honorary doctorate from the University of Alaska Fairbanks. He lives in Sitka, Alaska with his wife Janice.