From York Factory to the Rocky Mountains 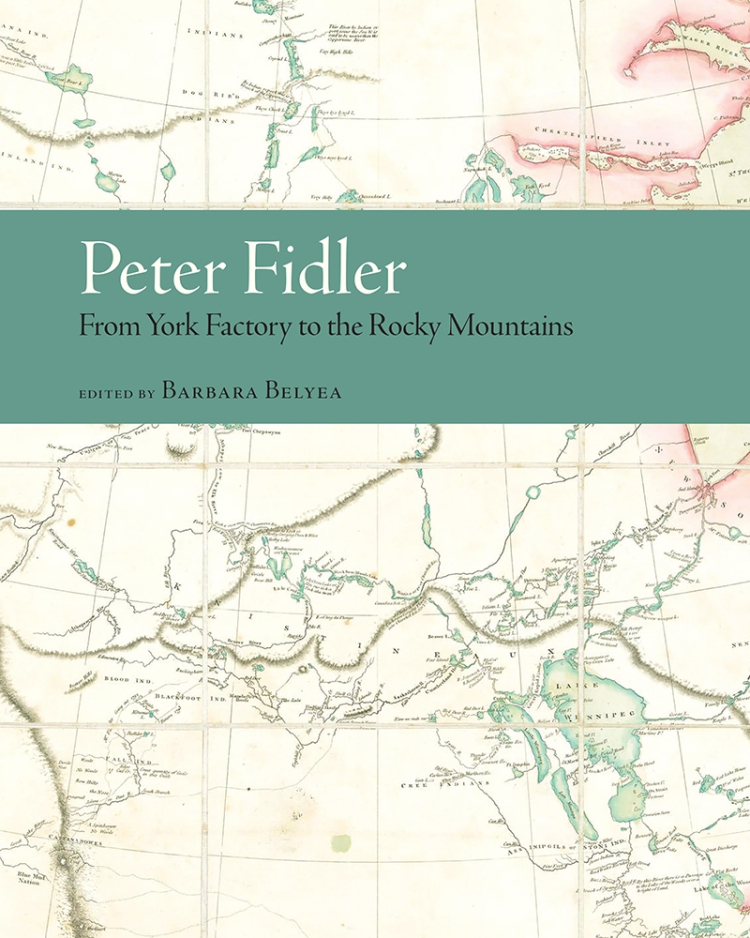 “The breadth of fur trade topics included in this expert annotation of the Fidler journals makes it a most remarkable disquisition on the eighteenth-century fur trade in Canada. Bringing Fidler’s exploits and his intelligent notations on fur trade procedures, the challenge of traveling in an often fearsome landscape, and the complexities of trading with varied Native bands to light, this book is a first-rate addition to North American fur trade history.”
—William Lang, Portland State University

“Canadian history is essential to understanding transnational North American/Atlantic World phenomena like exploration, commerce, and Native-Euro/American relations. In the case of the fur trade, Canadian history is often better documented than the US-American experience, so historians of both nations can learn much from primary sources like Fidler’s. Kudos to Belyea for making this rich source accessible and intelligible.”
—Jared Orsi, Colorado State University

"An admirable addition to any North American historical geographer’s bookshelf. . . . Belyea serves as an exemplary guide to the unfamiliar world of an eighteenth- century surveyor navigating vast tracts of the Canadian interior."
—Historical Geography

"A valuable addition to the libraries of fur-trade scholars and aficionados."
—Roundup Magazine

“Peter Fidler’s journals are made accessible by Barbara Belyea’s painstaking work in assembling them into an edited collection. Belyea also provides an extensive introduction, contextualizing Fidler’s work in a world of advancing scientific knowledge, corporate and imperial rivalry, and the changing dynamics of Indigenous–newcomer relations in Rupert’s Land.”
—Imago Mundi

"Making primary documentation accessible is a difficult skill of which Belyea shows complete mastery. The depth of information makes this a compelling read for first-time readers of fur trade documents or seasoned researchers of HBC endeavours."
—British Journal of Canadian Studies

In 1792–93 Peter Fidler surveyed the Hudson’s Bay Company’s river and overland routes west from York Factory. He traveled with a fur brigade up the Hayes and Saskatchewan Rivers and then spent the winter months with a Piikani band who hunted buffalo in the Rocky Mountain foothills. Fidler kept precise journals that make it possible to follow the traders’ passage over a lake-strewn landscape and across the plains. The journal texts combine astronomical observations, notation of distances and directions, small sketch maps, and verbal descriptions. Peter Fidler: From York Factory to the Rocky Mountains presents two of Fidler’s survey journals edited and extensively annotated by historian Barbara Belyea from manuscripts in the Hudson’s Bay Company Archives.

The two journals—“From York Factory to Buckingham House” and “From Buckingham House to the Rocky Mountains”—detail Fidler’s travels over a period of nine months. They include remarks on fur trade history, organization of the inland brigade, three distinct geographical regions, and the daily life of a Plains nation. Belyea’s introduction and ample notes provide insight into the way geographic, specifically cartographic, information was noted in the journals, with additional information on industry trading techniques, traders’ economic decisions, broad changes in regional social and economic conditions, and interactions with indigenous peoples.

Fidler’s journals are an exceptional record of the fur trade’s western expansion and the daily life of a Plains nation at the height of its power and prosperity. With its rich analysis of primary source documents and painstaking reproduction of historical trade routes, Peter Fidler: From York Factory to the Rocky Mountains will be of great value to students and scholars in the fields of fur trade studies, cartography, travel literature, and Canadian history, as well as general readers interested in westward expansion, exploration, commerce, and indigenous-colonial relations.

Barbara Belyea edited and published the journals of two other fur traders: David Thompson in Columbia Journals and Anthony Henday in A Year Inland. She is the author of Dark Storm Moving West as well as articles in Cartographica, Journal of Canadian Studies, BC Studies, Journal of Historical Geography, and Great Plains Quarterly.