The Myth of Quetzalcoatl

Religion, Rulership, and History in the Nahua World 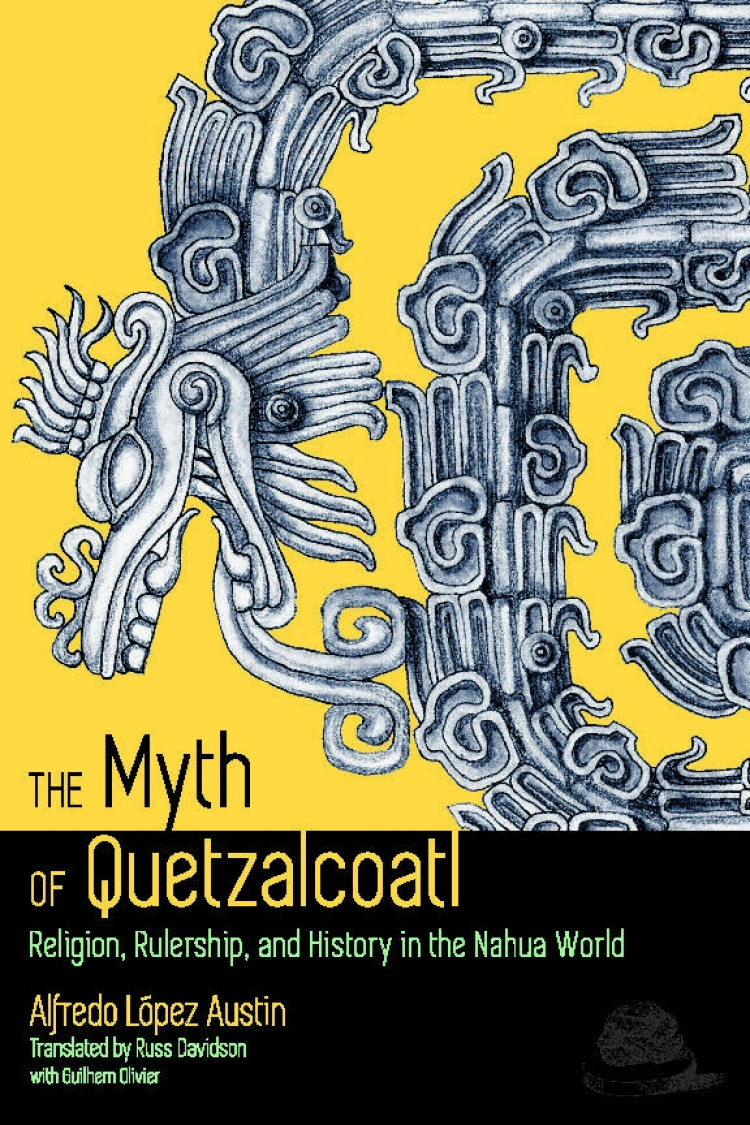 “Mesoamericanists from a variety of fields already recognize the importance of this book and the role it has played in the revitalization of research in their specialized areas of study. López Austin is a master in the field."
—Alan Sandstrom, Indiana University–Purdue University Fort Wayne

"[W]hile archaeologists and historians continue to investigate the puzzle of Quetzalcoatl and of Mesoamerican religion and politics more generally, anthropologists and religion scholars can adapt the author's views and employ them to understand religious and political legitimacy across history and culture, which typically claims some special personified divine quality—some role of prophecy or result of inspiration—that conjoins the godly and the human in select men (and women)."

"The Myth of Quetzalcoatl, López Austin’s first masterpiece, meticulously translated by Russ Davidson and Guilhem Olivier, is cause for celebration. . . . For all those truly interested in the intricate enchantments of Mesoamerican history, the book remains indispensable."

​"​A gift to all​ ​those engaged in precolumbian history. . . ​. ​this book rewards ​[scholars] with a thought-provoking model of mythologized history​ ​that continues to be relevant today.​"​

The Myth of Quetzalcoatl is a translation of Alfredo López Austin’s 1973 book Hombre-Dios: Religión y politica en el mundo náhuatl. Despite its pervasive and lasting influence on the study of Mesoamerican history, religion in general, and the Quetzalcoatl myth in particular, this work has not been available in English until now.

The importance of Hombre-Dios and its status as a classic arise from its interdisciplinary approach, creative use of a wide range of source material, and unsurpassed treatment of its subject—the nature and content of religious beliefs and rituals among the native populations of Mesoamerica and the manner in which they fused with and helped sanctify political authority and rulership in both the pre- and post-conquest periods. Working from a wide variety of previously neglected documentary sources, incorporating myth, archaeology, and the ethnography of contemporary Native Americans including non-Nahua peoples, López Austin traces the figure of Quetzalcoatl as a “Man-God” from pre-conquest times, while Russ Davidson’s translator’s note, Davíd Carrasco's foreword, and López Austin’s introduction place the work within the context of modern scholarship.

López Austin’s original work on Quetzalcoatl is a pivotal work in the field of anthropology, and this long-overdue English translation will be of significance to historians, anthropologists, linguists, and serious readers interested in Mesoamerica.

Alfredo López Austin is emeritus researcher and professor of history at the Instituto de Investigaciones Antropológicas of the Universidad Nacional Autónoma de México. A specialist in Mesoamerican history and culture, he is best known for his extensive writings on and investigations into the belief systems and religion of pre-Columbian and conquest-era indigenous cultures in Mexico.

Russ Davidson is curator emeritus of Latin American and Iberian collections and professor emeritus of librarianship at the University of New Mexico.

Guilhem Olivier is a researcher at the Instituto de Investigaciones Històricas at the Universidad Nacional Autónoma in Mexico City and lecturer at the Ecole Pratique des Hautes Etudes in Paris.